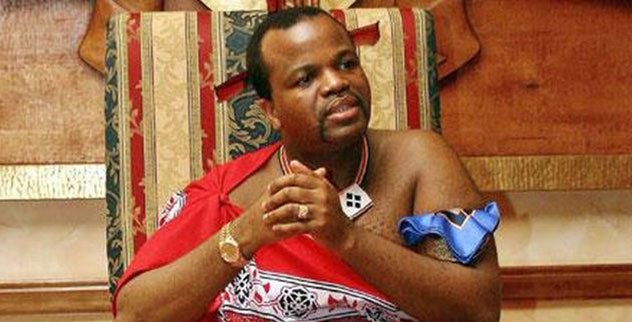 This is a list of the most evil currently reigning dictators in the world. It is amazing that these people continue to rule while we busy ourselves fighting in places that are ruled by far less dangerous men. 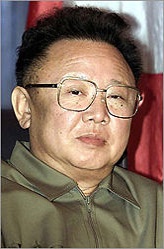 The amount of debate over the recent nuclear weapons development in North Korea has managed to deflect people from the fact that Kim’s government represses its people more completely than any other living dictator. North Korea has, for the last 31 years, been at the bottom of the Freedom House ranking for political rights and civil liberties. It is also ranks last in the Reporters without Borders ranking of press freedom. The US committee for Human Rights estimates that there are approximately 150,000 Koreans performing forced labour in prison camps for political dissenters and their families.

Contrary to popular belief, Kim Jong Il is actually a very clever and efficient manipulator of his people. He is also the author of the books On the Art of the Cinema, and On the Art of Opera. 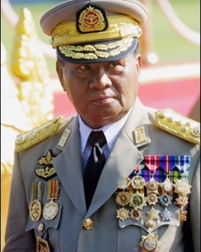 General Than Shwe has survived a power struggle to emerge as the sole leader of Burma’s military dictatorship. Because of his hard-line views, he has taken an already bad human rights situation to an even worse level. Burma has more child soldiers than any country in the world and the Burmese regime continues to kidnap citizens to force them to serve as porters for the military in conflicts against non-Burmese ethnic groups.

In 1990 the party of Nobel Peace Prize winner Aung San Suu Kyi won 80% of the vote in an open election. The military cancelled the results. Suu Kyi has spent most of the years since then under house arrest. On May 31, 2003 hired thugs attacked Suu Kyi’s motorcade, killing several of her supporters and arresting dozens of others including Suu Kyi herself.

Shwe is a very private figure, preferring to work behind the scenes. Consequently, even the Burmese people know very little about him. 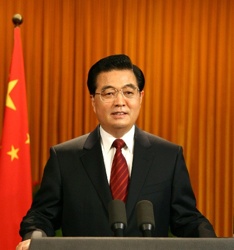 Trained as a hydrolic engineer, Hu Jintao joined the Communist Party in 1964 and spent the next 38 years working his way up the hierarchy. While serving as Party Secretary of Tibet, he did not hesitate to administer martial law and to oversee the killing of unarmed demonstrators. Now that he is General Secretary of the Communist Party of China, Hu, although not all-powerful, is the leader of an unusually repressive regime. The communist party still controls all media, and uses 40,000 internet security agents to monitor online use. More than 200,000 Chinese are serving re-education sentences in labour camps and China performs more than 4,000 executions every year, more than all of the other nations of the world combined, and many of them are for non-violent crimes. 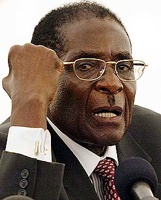 Mugabe began his reign with widespread international and national support. After leading a successful anti-colonial war of liberation, he was elected independent Zimbabwe’s first president. But over the years he has displayed increasingly dictatorial tendencies. According to Amnesty International, in 2002 alone, Mugabe’s government killed or tortured 70,000 people. Unemployment is above 70% and inflation 500%.

Mugabe has been accused of blocking the delivery of food aid to groups and areas that support the main opposition party. He has continued to hold elections, but has restricted the opposition’s ability to campaign and has shut down media that do not support him. When opposition leader Morgan Tsvangirai won 42% of the vote, Mugabe had him arrested and charged with treason. Mugabe has also confiscated farms owned by white people and turned them over to his supporters. 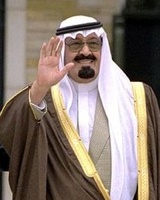 Crown Prince Abdullah has been the acting leader of Saudi Arabia since his half-brother, King Fahd, suffered a stroke in 1995. Saudi Arabia is one of the only nations that holds no elections whatsoever. The royal family has promised municipal elections soon but has not announced whether women will be allowed to vote. In fact, it is forbidden for unrelated Saudis of the opposite sex to appear in public together, even inside a taxi. Women are not allowed to testify on their own behalf in divorce proceedings and, in all court cases, the testimony of a man is equal to that of two women.

According to the US State Department, Saudi Arabia continues to engage in arbitrary arrest and torture. During a human rights conference in 1995, Saudi authorities arrested non-violent protesters who were calling for freedom of expression. Some were later flogged, the usual punishment for alleged political and religious offenses.

In a very unusual show of power, the religious forbade children from playing with Barbie dolls, which they dubbed ‘Jewish dolls’ that are ‘symbols of decadence of the perverted West’. 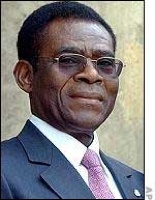 This small West African nation (population 500,000) was a forgotten dictatorship until major reserves of oil were found in 1995. Since then, US oil companies have poured billions of dollars into the country. Although the per capital annual income is $4,472, 60% of Equatoguineans live on less than $1 a day. The bulk of the oil income goes directly to President Obiang, who has declared that there is no poverty in Guinea, rather that the people are used to living in a different way. In July, state radio announced that Obiang is “in permanent contact with the Almighty,” and that “He can decide to kill without anyone calling him to account and without going to Hell.”

There is no public transport, no newspapers, and only 1% of government spending goes to health care. When asked why so much of his nation’s oil money is deposited into his personal account at the Riggs Bank in Washington, DC, Obiang explained that he keeps total control of the money in order to ‘avoid corruption’.

Sudan, the largest country in Africa, is in the midst of a complex 20 year civil war that has claimed the lives of 2 million and uprooted another 4 million. Al-Bashir seized power in a military coup and immediately suspended the constitution, abolished the legislature, and banned political parties and unions. He has tried to negotiate a peace agreement with the main rebel group, but he insists that the nation be ruled according to Islamic Shari’a law, even in southern Sudan, where the people are Christian and animist.

His army has routinely bombed civilians and tortured and massacred non-Arabs, particularly in the oil-producing areas in the south. He has a long history of providing sanctuary for a wide range of terrorists, only to turn against them. He turned over the notorious Carlos the Jackal to France in exchange for financial and military aid and, in 1996, he tried unsuccessfully to sell Osama bin Laden to the US government.

8. Saparmurat Niyazov, Turkmenistan (in power since 1990)

Since taking charge of this former Soviet republic in central Asia, Niyazov has developed the world’s most extreme personality cult, challenged only by that of Kim Jong Il. Niyazov’s picture appears on all Turkmen money, there are statues of him everywhere, and he renamed the month of January after himself. His book, Book of the Soul, is required reading in all schools at all levels, and all government employees must memorize sections of it in order to keep their jobs.

Niyazov rules without opposition. As he put it, ‘There are no opposition parties, so how can we grant them freedom?’. In recent years Niyazov has cracked down on religious and ethnic minorities, including Russians, and has refused to grant exit visas for families for women under the age of 35. He has imprisoned political dissidents and subjected them to Stalinist-style show trials and public confessions.

The Turkmen constitution requires retirement at the age of 70, but Niyazov has ensured his own rule by creating a 2,507-member People’s Council which unanimously elected him Lifetime Chairman. 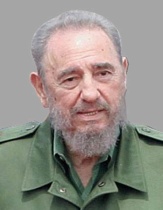 The longest reigning dictator, Castro took advantage of the world’s preoccupation with the Iraq war in March and April of 2003 to carry out his biggest round-up of non-violent dissidents in more than a decade. He arrested 75 human rights activists, journalists, and academics, and sent them to jail for an average of 19 years.

Cuba remains a one party state with all of the power in the hands of Castro. The courts are controlled by the executive branch (in other words, Castro). He traditionally blames all of his country’s problems on the USA.

Swaziland (population 1.2 million) is the last remaining absolute monarchy in Africa. Mswati III ascended to the throne when he turned 18, four years after the death of his father. Because he had been educated in England it was thought that he would modernize his kingdom. However, he has shown a liking for certain Swazi traditions. On September 15, 2002, he watched thousands of girls and young women dance bare-breasted in the annual Reed Dance and then chose one of be his tenth wife (his father had 100 wives). The girl’s mother filed a lawsuit against the king, charging him with abducting her daughter. Mswati, who rules by decree, then announced that the Swazi courts were forbidden from issuing rulings that limited the king’s power.

In an attempt to appease international opinion, Mswati approved the drafting of a new constitution to replace the one that his father had suspended 30 years earlier. However the new constitution bans political parties, allows the death penalty for any criminal offense, and provides for the reintroduction of debtors’ prisons.