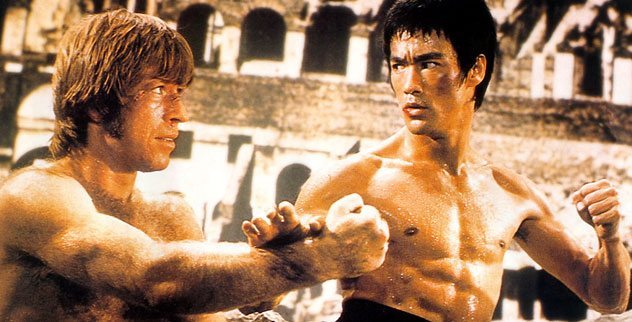 Martial arts are systems of codified practices and traditions of training for combat. They may be studied for various reasons including combat skills, fitness, self-defense, sport, self-cultivation/meditation, mental discipline, character development and building self-confidence, or any combination of the above. This is a list of the top 10 international Martial Arts. In no particular order: 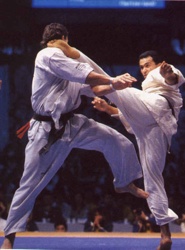 Meaning Empty hand in Japanese, Karate is one of the more popular martial arts. Originated centuries ago from the island of Okinawa, it did not catch on in mainland Japan until the early 1900s, when Master Gichin Funakoshi simplified the self-defense techniques and added a philosophical aspect to the art. There are many different styles within Karate, but they are all characterized with the same hard blocks, punches, and kicks. Today, it is practised and studied in countries all over the world. 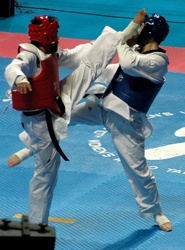 Although in the Korean language it can be loosely translated as “The way of hand and foot”, Tae Kwon Do is distinguished more by its powerful kicks than hand strikes. Practitioners believe that since the legs are longer and generally stronger than the arms, it is the best weapon a martial artist has. Tae kwon do as a sport and exercise is popular with people of both sexes and of many ages. Thanks to the millions of students worldwide, it is now an Olympic sport. 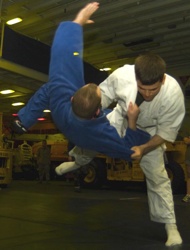 Judo, meaning gentle way, is a modern martial art that originated from late nineteenth century Japan. The art was founded by Jigoro Kano, who as a youth was often picked on and bullied. After an unsatisfactory experience with Jujutsu, he developed a system with sweeps and throws which made size and strength irrelevant. Just like Tae kwon do, today it is an Olympic sport, where the main goal in a Judo competition is to throw one’s opponent to the ground or make him submit through a joint lock or choke-hold. The balance between standing and ground fighting makes Judo a popular choice for many martial artists. 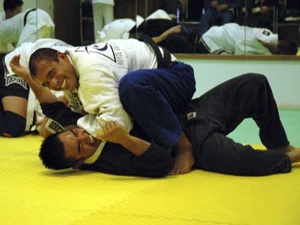 Well-known to the Mixed Martial Arts (MMA) fighters around the world is Brazilian Jiu-Jitsu (also called Gracie Jiu-Jitsu), which focuses on grappling and ground-fighting techniques. Borrowing from Japanese Judo, the system was developed by the Gracie family throughout the early 20th century and has been going strong ever since. 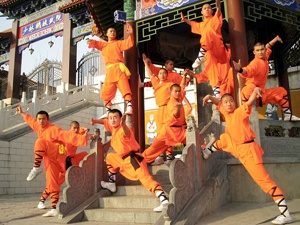 The term “Kung Fu” does not technically mean Chinese martial arts, but rather “skill or ability to do something”. A more accurate name would be Wushu, which is the modern name for the Chinese martial arts. It is believed that thousands of years ago the Buddhist monk Bodhidharma created the art to help his students concentrate during meditation. There are literally hundreds of styles of Kung Fu / Wushu that still exist today, some of the more famous ones being Shaolin, Wing Chun, and Tai Chi. 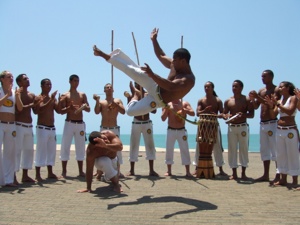 This art comes not from Asia, but again from Brazil. Capoeira was created in the 19th century by African slaves, who had to disguise the martial art as a dance. Music provided by drums and other instruments help to set a rhythm for the game, which consists of two participants using acrobatic play as well as kicks, sweeps and head butts. The technique and strategy are key elements to a well-played game. 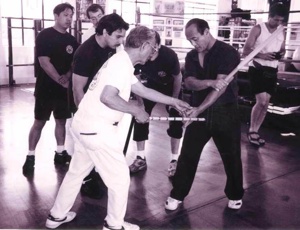 The Filipino Martial Arts called Arnis / Escrima / Kali are known for their weapons, which include rattan sticks, knives, and swords. Fighters in the very effective fighting styles use intricate footwork, stances, blocking and disarms to take out opponents. 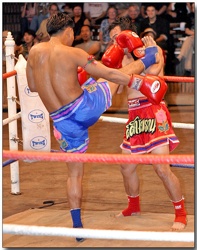 As the national sport of Thailand, Muay Thai is what baseball is to the United States. This form of kickboxing is different (some say more brutal) than Western kickboxing because fighters are allowed to use fists, feet, shins, knees, and elbows in their strikes. The sport has gained worldwide attention and today there are schools all over the world. 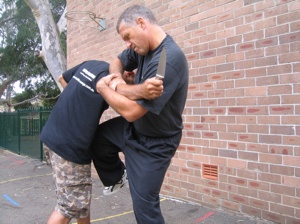 This combat system was developed in Israel and has been adopted by military units and police forces around the world for its effectiveness. The martial art is not a sport and has no competitions, but has a specific focus on self-defense in a “real-life” application. Students are taught to ignore distractions and inflict maximum damage in close quarters, making Krav Maga very effective. 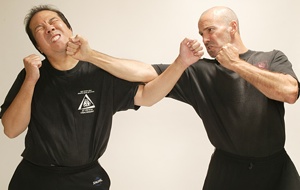 Developed by the famous martial artist and actor Bruce Lee, Jeet Kune Do literally means Way of the Intercepting Fist. Not so much a martial art in the traditional sense, it is a combat philosophy that incorporates traits and characteristics from many other fighting styles, including Western boxing and fencing. There are no set solo training forms, and practitioners are encouraged to interpret techniques for themselves and to change them if necessary, giving the student freedom to experiment.