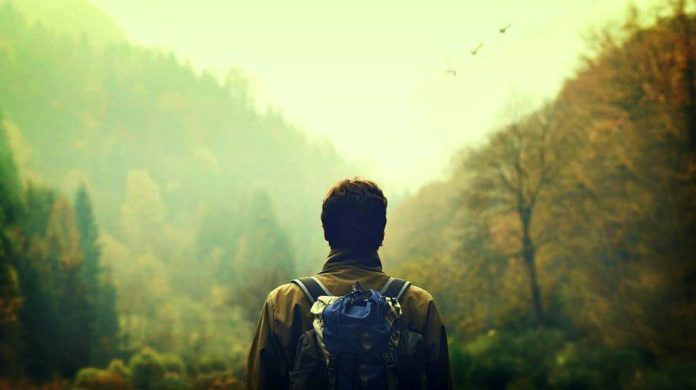 If push comes to the shove and you need to find the true north without a compass, you must know how to do that to survive. We’ll tell you how today!

There are three essential components in using a stick to act as a true north compass: the sun, a stick, and the stick’s shadow.

Place a stick upright on leveled ground where it can cast a shadow.Mark the tip of the shadow and wait for about 10-15 mins. until the shadow changes its position. When it does, mark the second shadow.Stand on the first mark with your left foot and the second mark on with your right. Doing this would make you stand in front of the true north.2. Stars in the Northern Hemisphere

Looking at the stars in the northern hemisphere is one of the best ways on how to find true north without a compass. This is a good method to use when the stars are shining brightly in the clear night skies. Locate the Big Dipper constellation and draw an imaginary line on its two outer stars.

In sky lore, these two stars are called Dubhe and Merak. The line points to Polaris which is the last star in the Little Dipper constellation. Now that you found Polaris, just draw an imaginary line downward and that is where the true north is.

3. Stars in the Southern Hemisphere

If you’re in the Southern Hemisphere, the North Star will not be visible. Hence, you must look for the Little Dipper instead.

Look for the Southern Cross, which is composed of five stars and is angled on one side.Put five imaginary lines as big as the longest axis of the Southern Cross in front of its angled side.From there, draw another imaginary line downward — this points toward the true south. Thus, this makes the opposite direction the true north.4. Stars in the Equator

In this method, you’ll be using Orion’s Belt to navigate. It runs from east to west, so you can project a line from these directions. Projecting another line starting from the middle star of the belt downward will point you to the true north.

RELATED: Primitive Navigation Without a Map or Compass

5. A Watch in the Northern Hemisphere

Hold your watch horizontally and make sure the hour hand points at the sun. Bisect that angle you see between your watch’s hour hand and the 12 o’clock — this angle is the north-south line.

In the Northern Hemisphere, the sun is in the south when it’s midday, so opposite of it will be where north is. If, on the other hand, you follow daylight saving time, then bisect it with the 1 o’clock instead of 12.

6. A Watch in the Southern Hemisphere

Knowing where the sun is positioned will help you find where the true north is. Technically, the sun rises in the east and sets in the west.

Of course, finding the true north is simpler if you have a compass, so it’s best to always keep one in your bug out bag. But in cases when there’s none, learning the above-mentioned ways can help you out in finding your way back. I’ve tried the shadow-tip method and it worked perfectly. The downside, though, is you need to have sunlight to be able to use this method so it will be hard to rely on this one after sunset.

Do you know other ways to find true north without a compass? Share them in the comments section below!

Editor’s Note: This post was originally published on August 11, 2017, and has been updated for quality and relevancy.