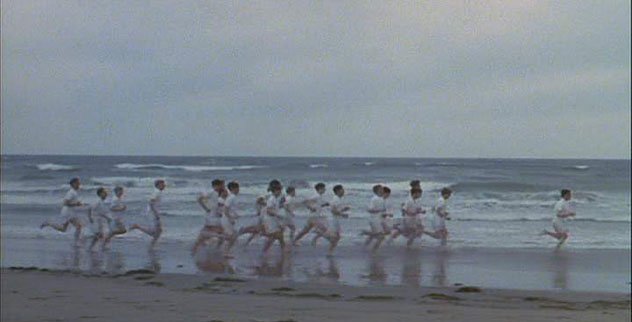 Let’s face it, the Oscar for “Best Picture” rarely goes to the actual best picture of any given year. Since the inception of the Academy Awards in 1928, there have been a number of doozies that walked away with the industry’s most prestigious award – some sub-par films, some average, some just not very good at all. In light of this thinking, I have compiled my own list – “The Top 10 Worst Best Picture Winners of All-Time”

Take a look at this past year, for instance. “The Hurt Locker” won the highest honor and I wouldn’t even put that in my Top 15 films of the year. However, it was sort of a weak year for great films and because of that, I excluded it from this list. I know everyone says “Ordinary People” (1980) and “Dances with Wolves” (1990) were undeserving of winning “Best Picture” – that “Raging Bull” (1980) and “Goodfellas” (two phenomenal films by Martin Scorsese) were the better films. This is probably true and I would agree with this sentiment. However, I could not include the films of Robert Redford and Kevin Costner on this particular Top 10 List because, quite frankly, I think they are both 4-star films in their own right. Is “Kramer vs. Kramer” (1979) a better film than Coppola’s masterpiece that is “Apocalypse Now”? I certainly don’t think so. However, “Kramer vs. Kramer” won and I love the movie, so this too is also omitted.

I desperately wanted to include “Titanic” (1997) on this list. It’s not a very good film and has not aged well at all (even though it’s only been 13 years). I find the film manipulative on many levels and the script is downright hokey and poor. However, I understand why it won and it was, at the time, a great cinematic achievement on a technical level. On top of this, there were not many other films that stood out in 1997, so sadly, I could not include the over-hyped “Titanic” on this prestigious list. I don’t think “A Beautiful Mind” (2001) is a very good movie at all. The guy-with-a-disease does make for great Oscar bait, but there wasn’t much to admire in this histrionic film. And really – there wasn’t much to pick from during that anemic year for films, so I couldn’t even include this either! 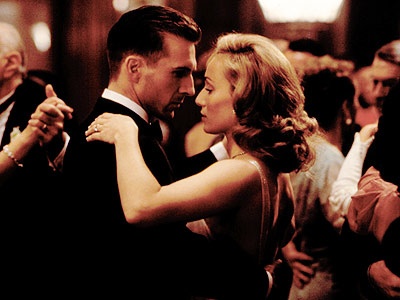 I actually like this film, but given the other notable films of that year, I had to put this on the list. I mean, come on…who actually fell in love with this movie and can watch it over and over? It certainly has the looks of a “Best Picture” winner. It’s grand and epic in scope – Oscar loves that, I know. But with films like “Fargo,” “Secrets and Lies,” “Breaking the Waves,” “The People vs. Larry Flynt,” “Sling Blade,” (my personal #1 film for 1996) and “Big Night,” I sadly had to include this. Elaine Benes from “Seinfeld” had this film pegged – she was at least honest enough to admit her displeasure of this film – and was alienated by everyone (including her current boyfriend) for her candor. 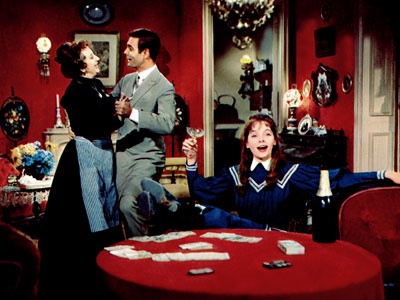 There have been a number of musicals to win for “Best Picture” (“Oliver!,” “The Sound of Music,” “My Fair Lady”), but this is an average-at-best MGM musical that no one really remembers today. It’s overlong and there is hardly any dancing in the film, if any. The passage of time also shows “Touch of Evil,” “Vertigo,” “Mon Oncle,” “The Defiant Ones” and “A Night to Remember” as being much stronger films. I mean, really…what film class is breaking down and analyzing “Gigi” over classics by Orson Welles and Jacques Tati from that same year? 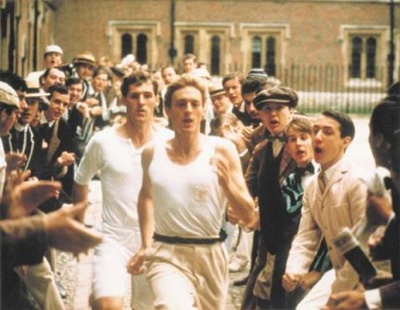 Another example of a good film that, for some reason, got away with the grand prize. I would think most people look at this movie and think how slow and boring this is. How engaging can a movie about running be to begin with? I know it’s considered by many to be a classic “sports” film, but, like golf and billiards, running is not a sport. I think Warren Beatty’s “Reds” was a masterpiece of a film. Also, released in 1981 and remembered with much greater fondness than the scintillating “Chariots of Fire” are “Raiders of the Lost Ark”, “On Golden Pond,” and the extraordinary “Das Boot.” 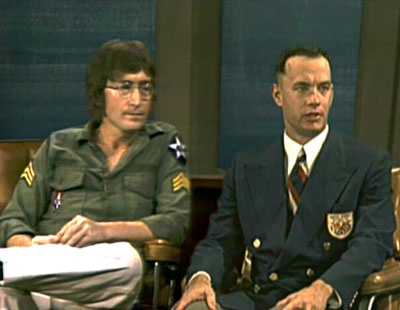 Run, Forrest, run! For 15 minutes of film, just run! I know, I know, it’s a modern, American classic, right? You laughed, you cried, it had great music and Tom Hanks was amazing. Whatever. I did like it though. It was hard not to like. The visual effects of putting Forrest next to a whole slew of notable 20th century figures was cool (but really, how many times could you do it?) and the love story at the core of the movie is sweet and touching. But 1994 was actually a great year for film. I couldn’t even put this movie in my Top 15 with other great achievements like: “The Shawshank Redemption,” “Quiz Show,” “Il Postino,” “Hoop Dreams,” the masterful “Natural Born Killers,” Krzysztof’s “Red” and yes, even “Pulp Fiction” which is over-rated in its own right, but still, a better choice than this schmaltzy, calculating, and poorly edited film. For Academy voters, this was the easy, safe pick for that year. Yeah, Forrest…keep running! 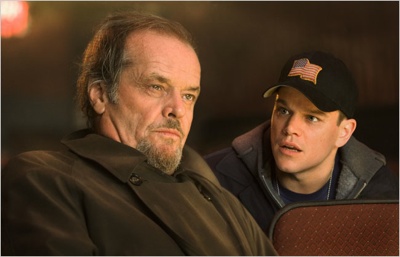 The year of the “Long Overdue” award masking as “Best Picture” and “Best Director” respectively. I love Martin Scorsese and am a huge fan of so many of his films, but this had no business winning the top two awards of the night, let alone have the honor of being nominated. If any film actually stood out that year, Scorsese would have gone home empty-handed once again. But alas, no such film existed. Here, the thinking was, “Well, he’s made some brilliant films in the past, but because there was stiff competition those years, he just never won the big one. Let’s give him his Oscar now.” Nicholson is over-the-top (shocker), Wahlberg (who I actually like) was a disaster and really, it doesn’t even measure up to the original 2002 film “Infernal Affairs.” The Departed was up again Babel, Little Miss Sunshine (which should have won in JFrater’s opinion), The Queen, and Letters from Iwo Jima. 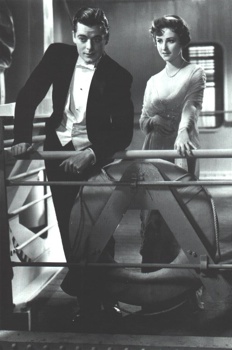 The movie is downright dull and overlong. There’s no way around it. It made for a boring play and here it is a boring and stilted British movie. The film follows a pair of British aristocrats over the span of three decades and the turbulent times in which they live (1899-1933). There have been some terrific British films over the years. This is not one of them. If I wanted to see how World War I, the death of Queen Victoria, & the sinking of the Titanic affected society, I could watch a special on the History channel and be more entertained. Some excellent films that were snubbed in lieu of this snoozefest were: “King Kong,” “I am A Fugitive From A Chain Gang,” “Little Women” and “She Done Him Wrong” (yes, even at 66 minutes…it leaves much more of an impact than the siesta that is “Cavalcade”). 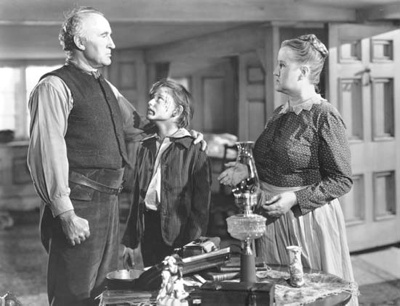 I am not sure how this film beat out a film that changed the face of motion pictures as we know it (“Citizen Kane”), but it did. I’m not one of those people who think that “Citizen Kane” is the end-all-and-be-all, but come on…it changed the way we view and create cinema. John Ford was a terrific filmmaker, but this is another lackluster, tedious film whose only claim to fame is that it bested Orson Welles’ magnum opus. The movie centers on the sorrowful lives of coal miners and is better suited for viewing in a college class on sociology or labor relations than as a piece of entertainment. Other worthy films that were released this year besides “Citizen Kane”: “Suspicion,” “The Maltese Falcon,” “Little Foxes,” and yes, even Disney’s “Dumbo” is the greater work. 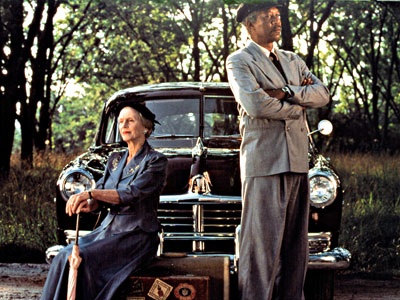 This is a sweet film with some very touching moments. Morgan Freeman is outstanding here as is Jessica Tandy (who won a “Best Actress” Oscar here). But “Best Picture”? Do you really look back to 1989 and think back on this as being the year’s Best Picture?! If you are saying, “Yes” as you read this now, I’m calling you a liar. The film’s director wasn’t even recognized as a “Best Director” nominee. This was a year where voters wanted to feel good about themselves by selecting a movie that (haphazardly) shows the evils of racism. On that level, I felt the film to be a bit insulting, to be honest. It treats its viewers like idiots, thinking we had no idea how poorly blacks were treated in the South in 1948 and that yes, racism is bad. Thank you. It ranks so high on the list for these reasons and because it indefensibly beat out such grand triumphs of film such as: “Cinema Paradiso,” “Dead Poet’s Society,” “Born on the 4th of July,” “Crimes and Misdemeanors” and “Sex, Lies and Videotape.” 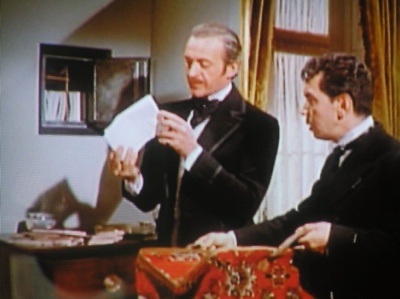 On any list like this one, this film you will most surely find. For all of its impressive locations and cast of actors, this is another long (3+ hours), tedious, uninteresting film. It is outdated, to be sure, with no sense of adventure or wonder to it at all (unlike the Jules Verne story that it is based on). Watch it now – tell me it doesn’t feel like you’re watching some homemade travel videos – or even those archaic educational videos you used to watch in the 6th grade. How this won “Best Picture,” I have no idea – but with cameos by more than 40 of Hollywood’s stars at the time, my thinking is that there were so many people associated with this film in one way or another, that enough votes went its way. “The Searchers,” “The Ten Commandments, “Giant” and “Anastasia” would have been much more admirable picks – all films that when we watch them today, over 50 years later, still entertain and engage us. 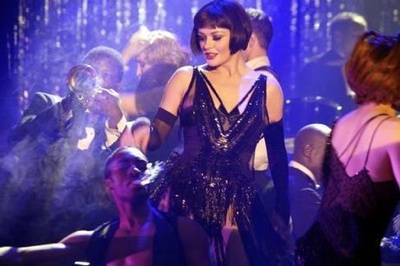 This one was a travesty. I’ll start by saying that I did see it on Broadway years ago and loved it. It was great, sexy entertainment filled with wonderful choreography. And unlike some Broadway musicals that made successful transitions to the world of film, this just plays as silly entertainment geared to the “Glee” demographic. It plays more like the failed musical adaptations such as “Rent” and “Phantom of the Opera” than it does the ones which actually encapsulate the essence of what made the musicals great in the first place (like “West Side Story” or “An American in Paris”). The songs are great, sure – it’s a great musical. But when you leave it to a Hollywood cast who are there for box-office power and not their singing chops (John C. Reilly, Renee Zellweger, Richard Gere), the songs fall flat. It was a weak year for good movies, but no one is ever going to look back at 2002 and think, “Oh, ‘Chicago’ was the best movie that year!” “Chicago” isn’t a good movie that beat out the more deserving…it is a poor, glitz-over-substance film that beat out the more deserving. Those films would be: “Adaptation,” “Talk to Her,” “Gangs of New York,” “Frida” and “The Pianist.”

Reprinted with the permission of Peter Eramo Jr.