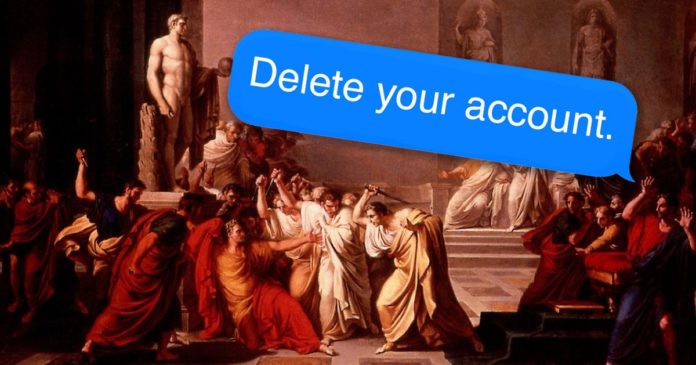 The 2016 election is by far one of the most bizarre in recent political history.

Hillary Clinton’s now infamous “Delete your account” response to a Donald Trump tweet is just the cherry-red on top of an insane time in politics. Memes as presidential campaign fodder is perhaps too much to handle.

So how would histories great political rivalries unfold on Twitter? Would Thomas Jefferson have applied a Dat Boi meme? These are the big questions that matter, y’all.

Take a look at these five imagined Twitter fights throughout history.

RTs are not endorsements, but they do technically count as part of the popular vote.