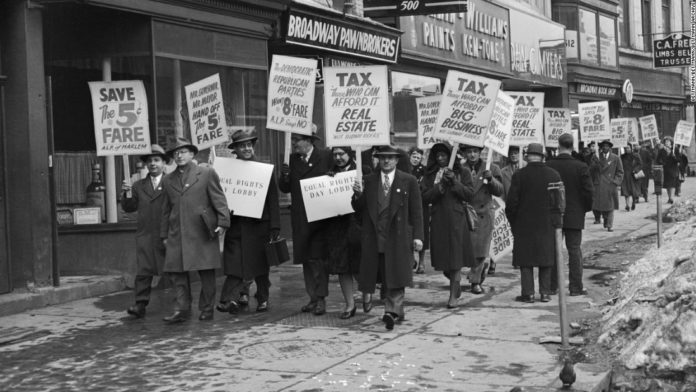 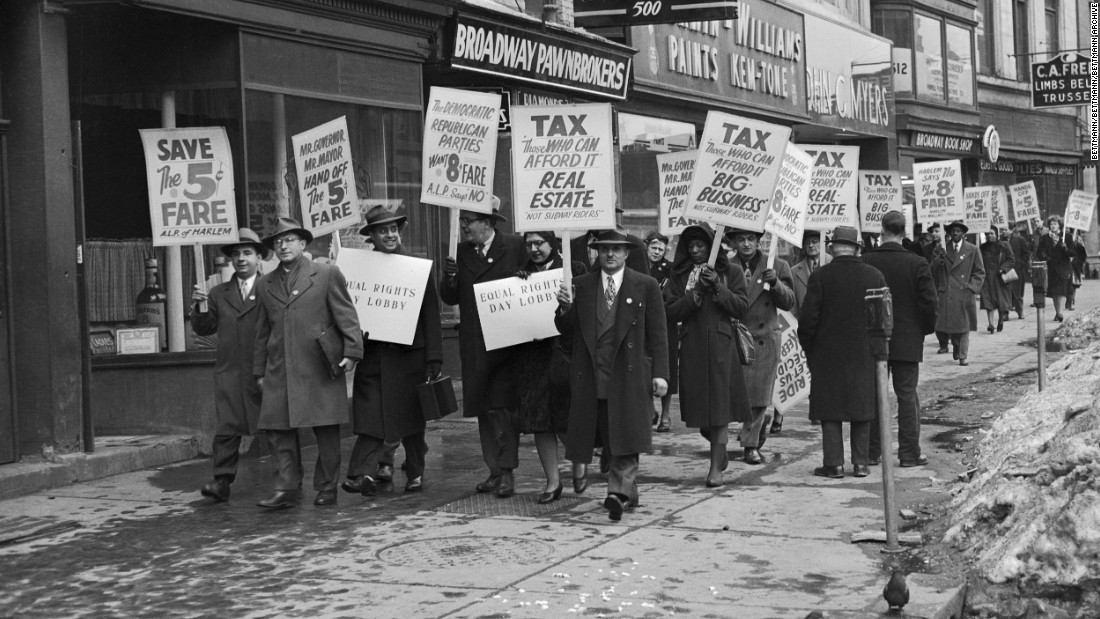 (CNN)Picture this (imaginary) 2020 scenario: President Donald Trump, running for re-election, forces voters to attend his rallies, prevents his Democratic opponent from campaigning during the daylight hours and, in the event the Democrat wins the general election, delays for months and years his opponent’s taking office. Even the most vociferous Trump critic could not imagine this happening in America — but these are the kinds of conditions workers face every time they try to win by forming a union. And often, it’s even worse. 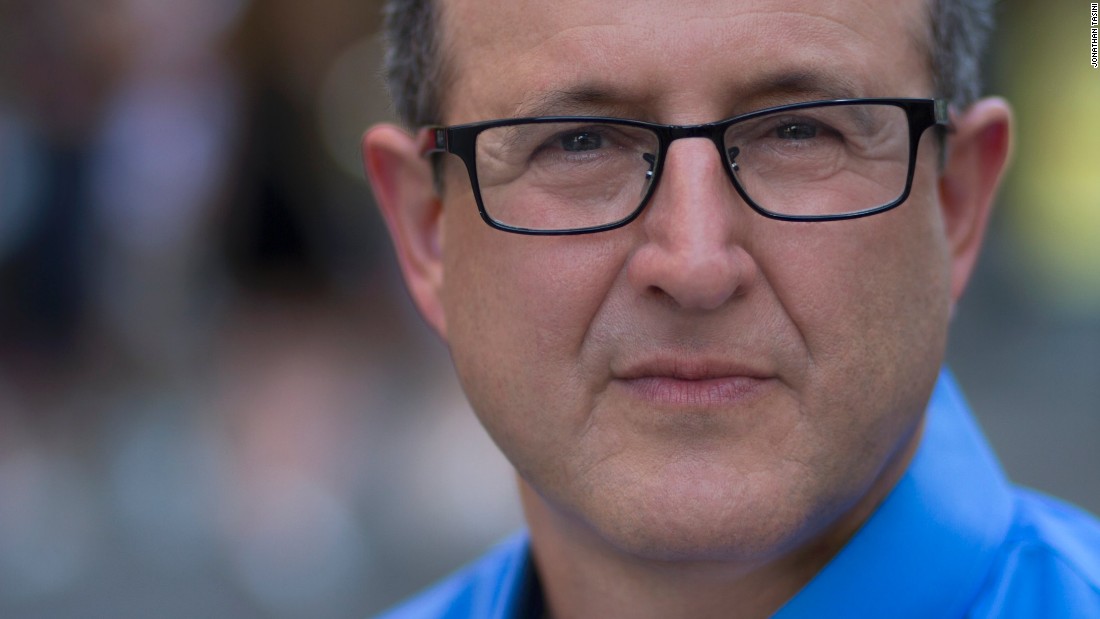 On Labor Day, each year, there is the usual accurate observation that the decline in union strength is the principal reason workers’ wages have not kept pace with productivity over the past three decades; union representation in the private sector has fallen well below 7% — compared to 35% in the 1950s.
But, that decline in union power, and its result — the undermining of the American Dream of a middle-class livelihood — is rarely attributed to its real cause. That cause? The direct assault being waged by the union-busting industry, and the failure of the Labor Department and the National Labor Relations Board to stop repeat violations of the law. Many on the right too often attribute this decline wrongly to a lessening in the support for unions overall.
The truth is that many people want to be in a union, and, by most public opinion measurements, that desire has not waned, and has even strengthened in recent years, according to some scholars.
Richard Freeman, co-director of the Labor and Worklife Program at Harvard Law School, points out, “In 2002 the proportion of workers who said they would vote for a union rose above the proportion that said they would vote against a union for the first time in any national survey: a majority of nonunion workers now desire union representation in their workplace.”
The narrative that support for unions is dying is just plain wrong. Instead, rarely making the headlines or exposed by the traditional media is a hidden, ugly war against unions, orchestrated by a sophisticated, multibillion-dollar industry.
These union-busters are no longer the Pinkerton-style company goons who shot down strikers with impunity in the early 20th century. These days, they wear three-piece suits, work as lawyers or consultants for national law firms, and specialize in convincing you that no one wants to be in a union in the first place.
Their stock-in-trade is spreading fear and intimidation. With the first murmurs of an attempt to unionize, they unload a barrage of videos, websites, posters, buttons, T-shirts and PowerPoint presentations for employers to deploy against their workers’ unionizing efforts.
Some of them allegedly train supervisors how to intimidate workers. Some of them break the law if they need to, for example by illegally threatening to fire workers. Since penalties imposed by the National Labor Relations Board are small, large companies can view fines as just a cost of doing business. 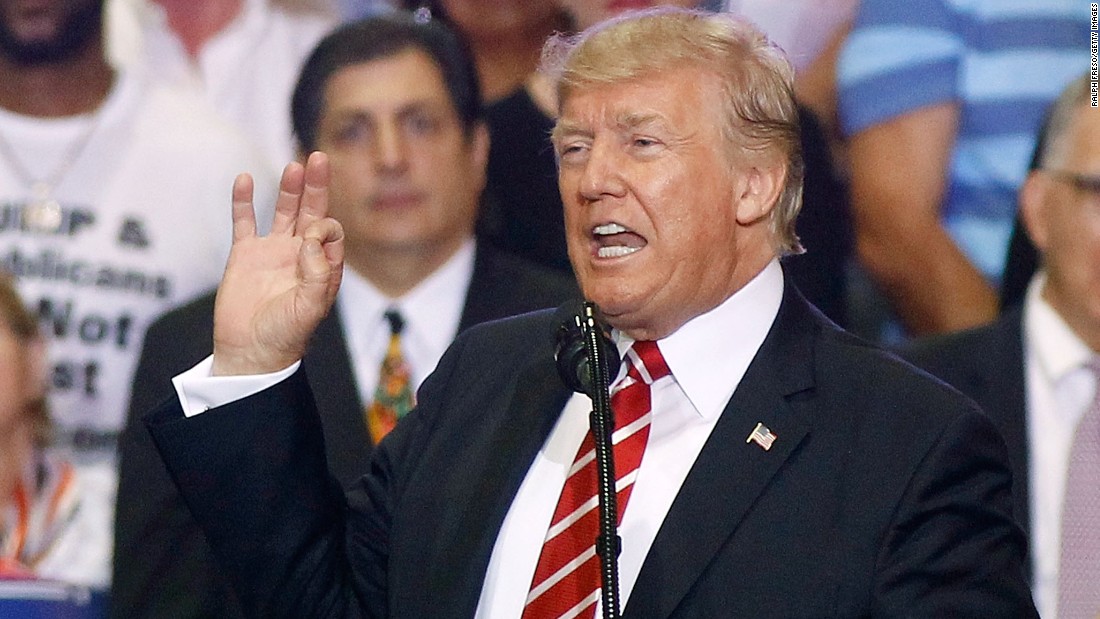 During the recent organizing effort at Nissan in Canton, Mississippi, for instance, supervisors inundated employees with anti-union messages in mandatory one-on-one meetings. Nissan broadcast anti-union videos inside the plant telling workers to “Vote No.” The union, as is the case in virtually every union election, had no such access to workers inside the plant.
Indeed, six days before ballots were cast in the two-day election, the NLRB charged Nissan, not for the first time, for breaking the law by threatening workers with cuts in wages and benefits and holding out the possibility the plant would close if workers voted for the union. With this kind of fear coursing through the plant, workers voted 2-1 against the union. Full disclosure: I am a member of the United Auto Workers (UAW), the union attempting to organize workers in Canton.
Even in situations where workers do vote in favor of a union, the battle does not end. It’s common for management to stall or use tactics of endless delay to avoid actually agreeing to terms with the new union. Delay is the friend of the union buster: after voting for a union, workers want to see immediate results from standing up against the company — the entity that issues a paycheck.
If companies and their union-busting lawyers can drag out the process, the company can, then, petition for a new vote one year later — and worn-down workers are frequently too exhausted to put up with another battle.
In this vicious war in the workplace, Donald Trump’s administration wants to make the union buster’s work even easier. During the Obama administration, then-Secretary of Labor Tom Perez (who is now the chair of the Democratic National Committee), led an effort to close a loophole in the so-called “Persuader Rule,” which mandates full disclosure of all activities undertaken by these union-busting consultants.
Casting sunlight on the consultants operating behind the scenes is one tool unions can deploy: When workers learn who their company’s hiring to threaten and intimidate them, it can help build support for the union.

But the current secretary of labor, Alexander Acosta, is moving to rescind the persuader rule and allow “indirect advice” to go unreported. That will allow much of the union buster’s activity to recede back into the shadows.
If the activities of the union-busting industry received just 1% of the media coverage devoted to Russia’s involvement in the 2016 election, we might have a far different country — where at least a modicum of democracy is present at work, where most of us spend half of our waking lives.