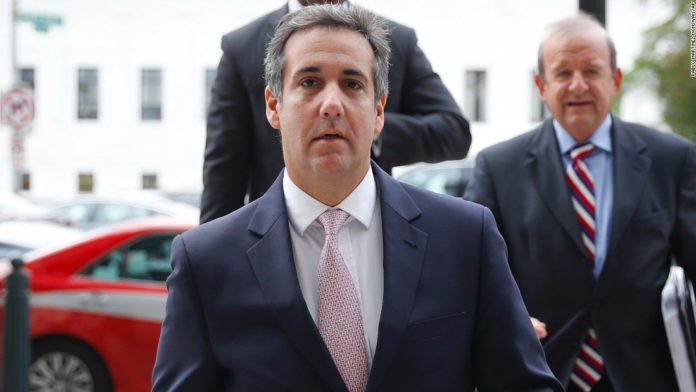 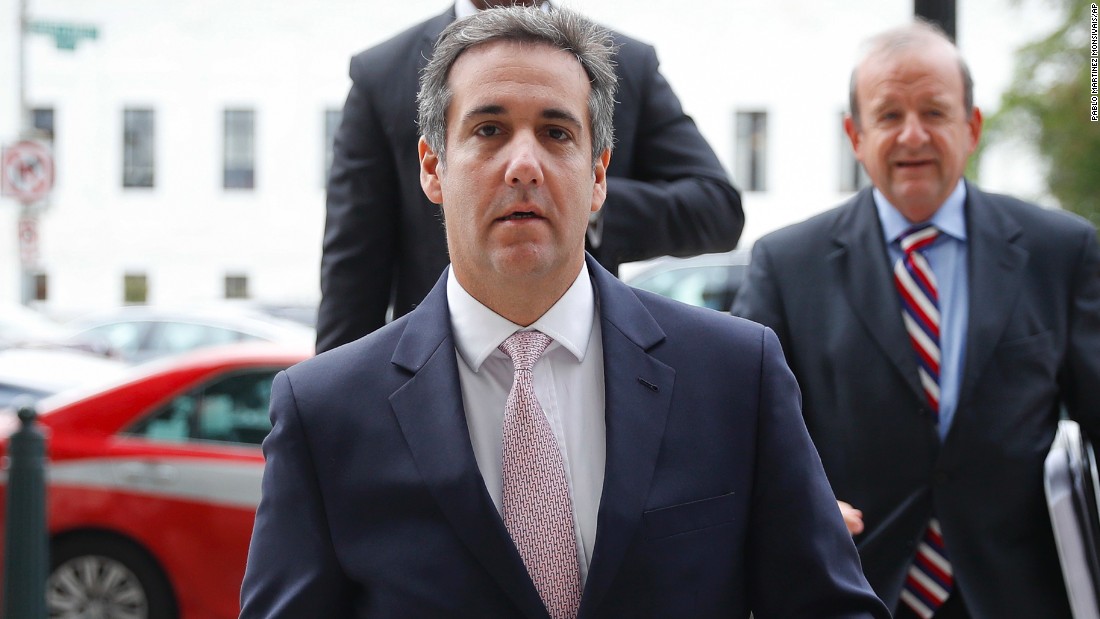 (CNN)Senate intelligence committee leaders had a larger goal in mind when they abruptly scrapped a closed-door interview on Tuesday morning with President Donald Trump’s personal lawyer Michael Cohen: Stop Trump officials from talking about their testimony.

Senate intelligence chairman Richard Burr of North Carolina and ranking Democrat Mark Warner of Virginia postponed Cohen’s testimony after the panel’s leaders said they were “disappointed” that Cohen had released a statement — in which he denied any collusion with Russian officials — when the committee asked him to refrain from public comment.
Fewer than seven hours later, Cohen was issued an invitation to return to the committee next month in open session in what’s likely to be biggest Russia spectacle since fired FBI Director James Comey testified publicly in June.
RELATED: 10 things we learned from the James Comey hearing
“What we do is behind closed doors,” Burr told CNN when asked about the message Senate intelligence was trying to send by postponing Cohen’s testimony in lieu of a public hearing.
The committee’s message was intended not just to Cohen but to the broader Trump team: Play ball on our terms or we’ll drag you in for a public grilling.
It’s not yet clear, however, what impact that will have on the others witnesses who may appear before the committee.
Shortly after the committee issued its request for a public hearing, Cohen accepted the invitation, according to a source familiar with the matter. But another source said that Cohen never agreed with the committee’s request not to say anything publicly related to the interview, a sign the two sides never got on the same page.
Cohen was not the first witness close to Trump to release his prepared opening statement. Jared Kushner also had a statement for his interview before the Senate intelligence committee staff and the House intelligence panel, and Donald Trump Jr. issued a statement when he appeared before the Senate judiciary committee. What has irked senators in particular: Releasing the witnesses’ public statements gives them an opportunity to shape the narrative about their interview — while leaving out some of the more controversial exchanges that the committee won’t disclose because they occurred in a classified setting.
“This is how we’re going to proceed on a variety of witnesses going forward,” Warner said Tuesday.
After Kushner’s July statement, Burr told reporters Tuesday that the committee changed its policy for witnesses not to speak publicly about closed-door testimony.
“We changed the agreement we had with people since Jared Kushner was in, and this is the model we’ll follow,” Burr said. “We don’t expect individuals who come behind closed doors to publicly go out and tell (their side only).”
Tuesday’s tactics add another layer that the Senate intelligence panel is differentiating itself from the other congressional probes into Russia’s election meddling as the three investigations compete for witnesses — and try to operate alongside Special Counsel Robert Mueller’s probe, with mixed results.
In the Senate judiciary committee, for instance, senators had a chance sit in on Trump Jr.’s interview, while the witnesses who have appeared before the Senate intelligence panel — including Kushner and former Trump campaign chairman Paul Manafort — have only talked with committee staff with rank-and-file members not present.
Burr said that he expects many of the key witnesses to eventually return for questioning before committee members, including potentially in public session. But some committee members were particularly unhappy with the public statements being issued when they didn’t yet have a chance to question the witnesses, a source close to the committee told CNN.
Several senators on the intelligence committee said they weren’t told beforehand that the panel planned to postpone Cohen’s testimony over his opening statement.
Cohen’s attorney, Stephen Ryan, said that Cohen had provided the committee with “a copy of the short opening statement Mr. Cohen intended to present today to the media.”
“That statement was factual, accurate and respectful, and consistent with the information we had previously provided to the Committee. We stand by the statement,” Ryan said.