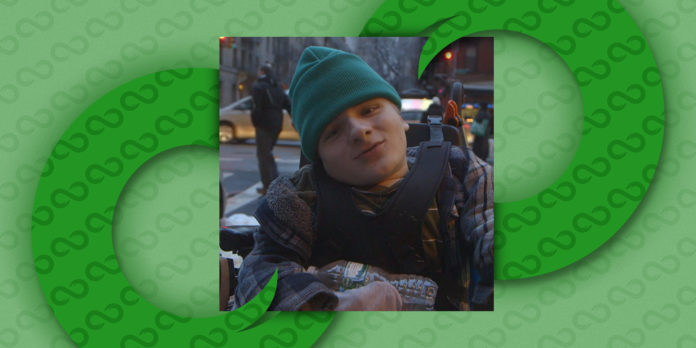 When the internet’s most notorious trolls get worked up to protect their rights, chances are they’re protesting under the banner of “free speech.” More often than not these days, this means the right to express offensive—and sometimes hateful and threatening—messages. For most trolls, there’s 4chan, an online message board that is perhaps the most infamous den of hackers, pranksters, meme creators, and trolls on the internet. But for those looking to really push free speech to its outer limits, there’s 8chan.

Here’s everything you need to know about the controversial forum.

1) 8chan existed for a year before it really blew up

Originally created in October 2013 by Frederick Brennan, a regular poster on 4chan, he claimed that he came up with the original concept of 8chan while on a psychedelic mushroom trip. The idea of establishing a bastion of radical free speech appealed to Brennan, as did the concept of users being able to post anonymously and not requiring admin approval to create new boards.

When the site was launched, a board had to be updated once every 72 hours to remain active, and its moderator had to log in at least once per week. The one global rule was that no user could post, request, or link to content that was illegal in the United States.

2) The founder is known as “Hot Wheels” Screengrab via J.R.Heffelfinger/Vimeo (Fair Use)

Brennan rides around on a motorized scooter as the bone disorder osteogenesis imperfecta he has makes getting around by other means impossible. He posts as (and is referred to by) the Hot Wheels moniker online. In 2014, Al Jazeera America released a short documentary on how he lived his day-to-day life in Brooklyn:

Brennan acknowledges that 8chan’s user base skews conservative, though he points out there are some left-aligned boards. He is registered as Republican but said that was only done to vote for Ron Paul.

A once-avid 4chan user, Brennan bristles at the anything-goes reputation often attributed to 4chan. In interviews, he has called 4chan authoritarian and alleged the site has turned into a soulless, profit-driven venture.

3) It was supposed to be “infinite chan”

It’s hard to beat the will of the crowd online. When Brennan first developed the site, he put in the infinity logo he first developed for it. “But nobody respected that,” Brennan told Ars Technica. “I call it eight-chan just because that’s what everybody else calls it.”

The “chans” in both 4chan and 8chan are short for channel from the Japanese imageboard 2channel, where they take their inspiration from.

4) Gamergate was a big part of 8chan’s rise

In September 2014, 4chan founder Christopher “moot” Poole announced all Gamergate threads were being removed from 4chan due to violations of the site’s “no personal information/raids/calls to invasion” rule. Many of those threads included death threats aimed at a female game developer and “doxed” women—posting personal information without permission—in the gamer community.

Those alienated by the decision flocked to 8chan, with its fewer restrictions on posting. Brennan said in the days and weeks that followed that decision, posting on 8chan went from roughly 100 per hour to more 4,000 posts per hour. Brennan openly courted Gamergate supporters and dedicated a board for them. “I’m not much of a gamer, but it’s really amazing how they’ve used the platform to really go after these fuckers,” he told New York Magazine in 2015. “Like, I encourage it. They try to make me take down the board, but I’m not going to do it.” Publicly, however, Brennan denied that any 8chan users were behind threats or harassment that arose from Gamergate.

The users who moved to 8chan turned on 4chan, mockingly referring to it as “halfchan” and basically giving it the kiss of death with such oft-expressed sentiments as “4chan is kill.”

5) 8chan was booted off Patreon

The surge of new users in the fall of 2014 presented Brennan was an opportunity to support himself, so he sought donations through Patreon. At its height, it had 115 pledged patrons giving $975 per month. On his page, Brennan announced his intention to make the site a non-profit, with any additional proceeds being donated to WikiLeaks and the Electronic Frontier Foundation.

By December, Brennan was informed that his account was being removed for violating “new community guidelines.” He tried to circumvent that for setting up a separate Patreon account to benefit his cat, as well as another on a different crowdfunding site. Screengrab via J.R.Heffelfinger/Vimeo (Fair Use)

As detailed by New York Magazine, 8chan held a party in late 2015 to celebrate its first birthday as well as the recent influx of new users, at Show Palace Gentlemen’s Club in Long Island City, Queens, New York.

A dancer in a pink bodice and lace panties made her way over the LED-bedazzled floor carrying a cake, pierced by a single lit sparkler, which read “Happy 1st Birthday 8chan!” She placed the cake on a table in front of Frederick “Hotwheels” Brennan, prompting Dieter and a circle of other onlookers to begin shout-singing “Happy Birthday” over the club’s pounding techno soundtrack. Another dancer watched the celebration in amazement. “He’s only one year old?” she exclaimed, pointing to Brennan.

7) Brennan has relocated to the Philippines

In a 2015 interview, Brennan revealed he moved to Southeast Asia after 8chan expanded and he started working on it full-time. Before that, he had been working as a computer programmer for a Brooklyn company, which paid his rent. When that arrangement ended, he needed a new financial situation, and lucky for him, one soon presented himself that led him to cross the Pacific.

Brennan said living in the Philippines is much more amenable to his condition. He describes the U.S. as not friendly toward disabled adults, with much red tape associated with getting hired help to assist him. In his new country, however, he can have a caregiver around the clock and get away with only paying what amounts to $225 U.S. per month.

8) 8chan is now bankrolled by a pig farmer

A 53-year-old Army veteran with a pig farm in the Philippines, Jim Watkins sounds like an odd fit to own a site like 8chan, but that’s only until you realize he also controls the controversial and influential Japanese imageboard 2ch.

Watkins first heard of Brennan through his son, who had seen the Al Jazeera America documentary. The surge of new users to 8chan in 2014 sent the site offline due to exceeded bandwidth limits (or it was simply kicked off ISPs due to offensive content, depending on who you believe). Brennan needed financial support and a reliable hosting service, and he got both in Watkins.

Watkins contacted Brennan in New York to make his offer. 8chan now makes clear that Brennan does not own the site. The strip club party profiled in New York Magazine was held in part to celebrate Brennan’s move to the Philippines to join Watkins. In interviews, Watkins has said he saw promise in 8chan and did not wish to see it fall by the wayside like many others he has monitored. As for the concerns about abuse and harassment, Watkins instead hails the importance of promoting free speech.

The cost of a lack of censorship of any sort is the presence of those who openly discuss sexual attraction to minors. In some cases, there have been graphic photos of naked children posted.

Several 8chan forums feature children as young as toddlers dressed in swimsuits or thongs and posed suggestively. If this isn’t outright illegal hardcore child pornography, it’s walking up to the line of the law and spitting over it with a smirk.

Much closer to a pure free-speech issue are 8chan forums like /younglove/. Rather than feature photos of children, this forum emphasizes safe discussion between pedophiles, the sort of interaction that many can’t get in real life.

On /younglove/, pedophiles gather to discuss their urges, lament what they perceive as their persecution, and ask about how others interact with children.

10) Brennan doesn’t approve of everything on 8chan

The 8chan founder freely admits some of the content found on 8chan is reprehensible, and he himself is disgusted with some of it, but the fact that he is willing to put up with it proves his commitment to untrammeled free speech. “Once you get past all of the terrible content posted by teenagers to feel cool, you get to very interesting discussions and opinions that could simply not happen on Reddit or Facebook,” he wrote in response to the Daily Dot report.