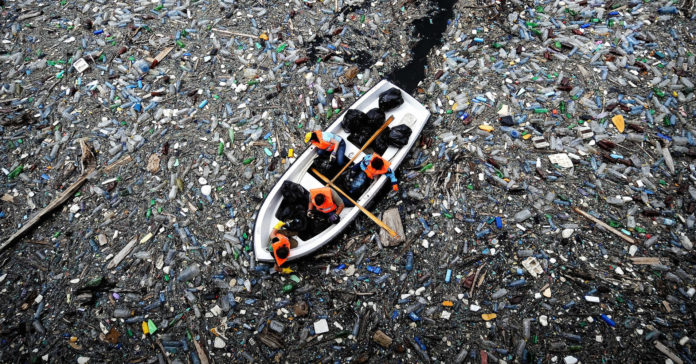 Forget Earth Planet Plastic may soon be a more appropriate moniker for our world.

Thats what a group of U.S. scientists concluded after tallying forthe first time the total amount of plastic thats been produced since the 1950s when the material was first manufactured at a large scale.

The number they came to is mind-boggling: 8.3 billion metric tons of virgin plasticsproduced worldwide since 1950. Thats as heavy as 25,000 Empire State Buildings or a billion elephants, according to the BBC.

Thats just really a staggering amount, lead author Roland Geyer, an industrial ecologist at the University of California, Santa Barbara, told NPR. If you spread all that plastic out ankle-deep, it [could] cover an area the size of Argentina, which is the eighth-largest country in the world, he said.

Geyer and his colleagues published their findings Wednesday in the journal ScienceAdvances.

In the study, the researchers describe how plastic production has been accelerating rapidly in recent years. About half of all the plastic thats ever been produced has been made in the past 13 years alone.

Plastic is a cheap, hardy and versatile material, and its used in everything from medical equipment to parts of airplanes to the fibers in our clothing. Researchers concede its incredibly useful, which explains its burgeoning popularity.

But the problem is where all this plastic is ending up. Of all the plastic produced to date, only about 9 percent has been recycled, the study found. Twelve percent has been incinerated. The rest has ended up in landfills or polluted our oceans and other natural environments.

In 2015, environmental engineer Jenna Jambeck found thatabout19 billion poundsof plastic waste ends up in our oceans each year. If nothing is done to limit the plastic flood, this figure isset to doubleby 2025.

Were being overwhelmed by our waste, Jambeck, who also co-authored the recent plastic tally paper, told HuffPost in May.

Since almost all plastic is non-biodegradable, these materials could be with us for hundreds of years,languishing in landfills or floating in our seas, Geyer told NPR.

And we still dont really know how all this plastic waste is impacting the health of humans, ecosystems and other living organisms. Plastic consumption has far outpaced scientific study into the material and its impacts, scientists say.

Preliminary research into this topic, however, paints a grim picture.Ocean Conservancy said plastics threaten at least600 different wildlife species.And some studies have suggested that humans are consuming plastics through the seafood we eat.

Geyer and his team said they hope their new research will offer some perspective on the scope of the plastics problem and prompt people to act.

Our mantra is you cant manage what you dont measure, he told BBC. So, our idea was to put the numbers out there without us telling the world what the world should be doing, but really just to start a real, concerted discussion.

Click through this slideshow to find out what you can do tolimit your plastic footprint:

10 Things You Can Do Now To Reduce Your Plastic Footprint

1
of
10
Reduce use of all plastic products, but especially single-use ones
Plastics are an invaluable material, used to make everything from medical equipment to parts of buildings, and nixing them completely from your daily life would be near-impossible. “Plastic has done incredible things for us as a society and it has an appropriate place,” said Nick Mallos of the Ocean Conservancy.

What we need to remember is to minimize our plastic waste (and really, all waste just generally) that includes recyclable plastics and compostable or biodegradable ones too.

“Someone might buy a new iPhone and say, ‘Well, since I recycled my old phone with Apple, I’m all good.’ But Apple doesn’t tell you just how little of that iPhone actually gets recycled,” said Adam Minter, author of Junkyard Planet: Travels in The Billion-Dollar Trash Trade. “People need to stop thinking of recycling as a ‘get-out-of-jail-free’ card. You haven’t actually done anything good for the environment. You’ve just done something less bad.” (More on that below.)

“If we really want to deal with the waste problem we’re facing, we need to think deeper about the nature of consumption itself,” Minter said.

Reducing single-use plastic products are especially key. Single-use plastic packaging, like plastic bags, containers, straws and cutlery, is the “biggest source of trash” found in or near water bodies worldwide, according to Mallos.

Start bringing your own reusable bag to the supermarket and a reusable bottle for your water; refuse a straw when you order a beverage and leave a set of reusable cutlery at your desk at work.

Click here to learn more tips and tricks on how you can give up single-use plastics. 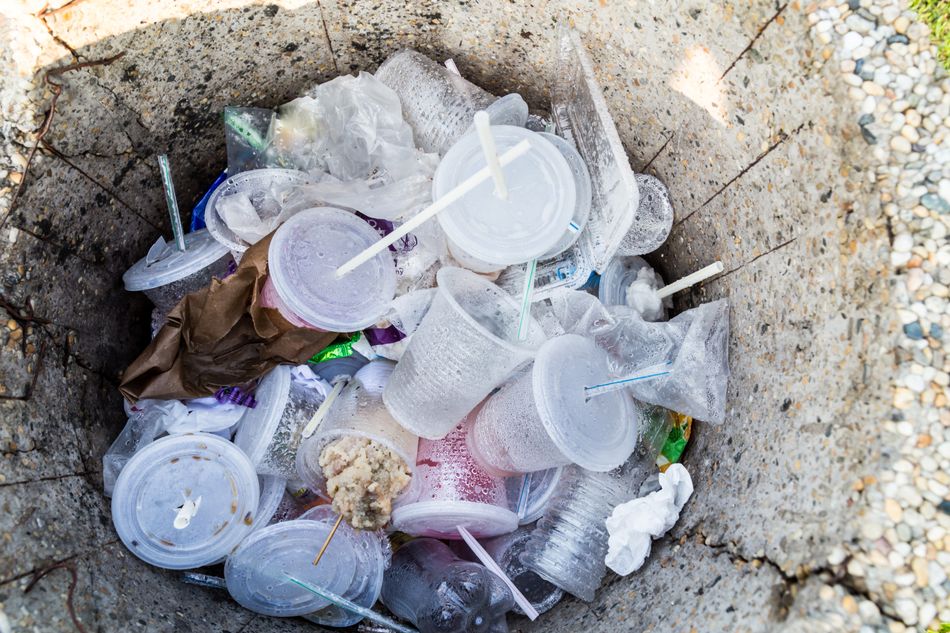