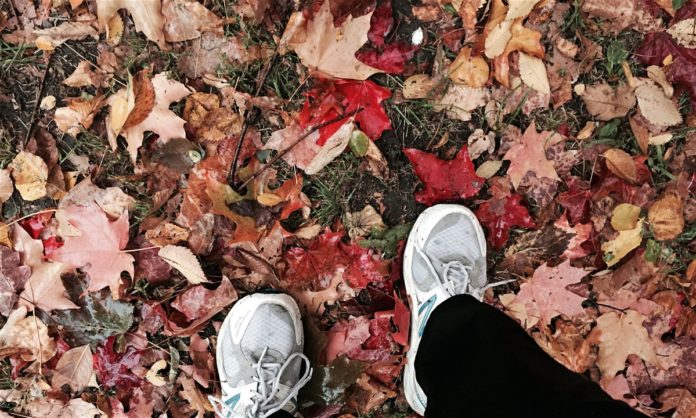 Frustration over noise and pollution have led to campaigns against the gardening tools, and concerns about links to class and race have increased the tension 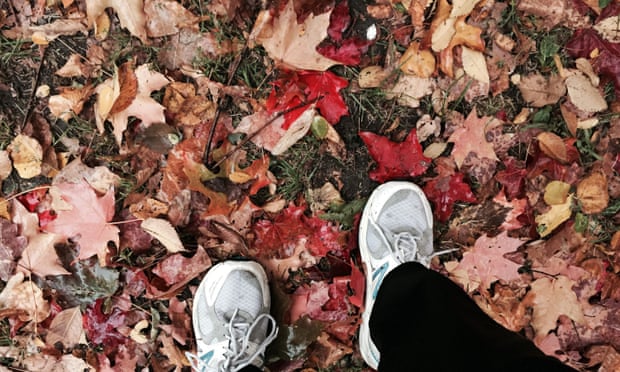 It will be happening, this weekend, all across the US. The countrys front lawn feuds over the disruptive leaf blower have been at full-blast for decades. Bad faith, personal slights and endlessly circulated misinformation about leaf blowers makes it nearly impossible for those who hate the noise and pollution to come to some sort of agreement with those who love the convenience.

Now, for the first time since the divisive garden tool came into existence in the 1970s, there are signs that the suburban conflict may be starting to subside.

You can imagine people just becoming a bitter neighbor versus neighbor feud, and we have no interest in doing that, says James Fallows, former speechwriter for US president Jimmy Carter and journalist at the Atlantic who is trying to change the way the country deals with the acrimonious problem of leaf blowers.

Fallows became heavily involved with the issue when a leaf blower ban was proposed in his own DC neighborhood, and he soon began to think about the social implications of leaf blower struggles across the country.

He started to blog about his discoveries in the Atlantic and became a force for reconciliation of the bitter disputes playing out in American yards each weekend. My interest in our local Washington effort is to make this very much not a vitriolic struggle, he said.

One of the most common gripes about leaf blowers is the noise they make. Local newspapers across the country are an endless source of acrimonious complaints and counter-complaints about how disruptive leaf blowers are to daily peace and quiet, leading to township and national campaigns to ban them outright.

I think we have a real idolatry of lawns and lawn care in this country, says Ted Rueter of Durham, a political science professor in North Carolina who, for more than a decade, has also headed the campaign group Noise Free America. He has had plenty of time to think about the cultural implications of their presence.

Rueter said that he and other campaigners against the noise created by the leaf blowers engine have on occasion been labeled racist because so many workers in the landscaping industry are Latino.

(One frequently cited case in Los Angeles, in 1999, was particularly racially charged, with the Association of Latino American Gardeners of Los Angeles fighting a proposed ban by hunger striking in front of city hall and claiming that calls for a ban by wealthy white neighborhoods discriminated against Hispanic people.)

Youll never hear any of that from me, said Larry Will, a leaf blower industry consultant who prefers to use more constructive arguments to make the case for the leaf-removing instrument.

Will, former vice-president of engineering at Echo, the company that first developed a new generation of (relatively) quiet leaf blowers, believes that campaigners against leaf blowers are not prejudiced. Instead, as he put it, it is simply that they dont like the sound that comes from leaf blowers.

Will argues that this problem refers largely to the original two-stroke engines introduced to America in the 1970s, and that newer models are less obtrusive. I was involved in the design and development of these products, he says, adding that with Echo in the mid 2000s, he developed the first quiet leaf blower, which had a 75% reduction in measurable sound.

This new generation of leaf blowers, introduced by Echo and copied by other companies, according to Will, is also more environmentally friendly. In a lot of leaf blower disputes, noise isnt the only complaint: the old two-stroke engines are also known for belching out wasted hydrocarbons, as well as kicking up toxic clouds that contain gasoline, dust, pesticides, fecal matter, and pollen.

The American Lung Association put out a statement warning of the dangers of leaf blowers, which is often quoted by doctors who are involved in attempts to ban leaf blowers. Larry Will claims that this doesnt account for the new technology, and that after he spoke with the ALA they changed their position to reflect this. Since 2005, exhaust emission is no longer an issue, Will said.

The ALAs own amended literature on the subject, however, says that only post-2011 models are considered harmless to human lungs.

When asked to clarify this discrepancy, ALA spokesperson Allison MacMunn pointed out that the Environmental Protection Agency updated their standards.

Note, too, that our language did not state that these emissions are safe, MacMunn added. We say they are cleaner. That makes them safer, but that does not mean potential harms are eliminated. By comparison to, say, electricity-powered devices, they would still produce some emissions of concern.

Will argues that leaf blowers are used primarily to clear paths and parking lots rather than lawns, to demonstrate that the problem of these unhealthy clouds is overstated. Yet industry data showing that the greatest part of small landscaping firms work is specifically in domestic lawn care leaves this in some doubt.

As for the citation of the ALAs outdated position by some doctors, Will regards them as a recurring villain in Americas leafblower wars. On his website, he writes that doctors usually live in exclusive communities and in some cases have joined forces with anti-leafblower activists to lend their title to the cause, and when asked if they were abusing their power said: All theyre really doing is lending their title. These doctors that Ive dealt with, they dont know anything about leaf blowers, and theyre just being irresponsible.

Its here that the real acrimony of the issue resides: the majority of campaigns for a leafblower ban seem to take place in upper middle class neighborhoods, and that what is at stake is not merely the noise or the dirt by itself. It is about a peculiarly American concept of the idyllic home, with a clean lawn behind a white picket fence, and of a sense of homely pride in the countrys shrinking middle class.

James Fallows draws from his political experience to understand this dynamic. Having once worked in politics myself, having gone around the country seeing how communities cohere or not, there are ways of approaching issues that naturally divide, he said. While my own view on lawn care may differ from my neighbors, that is an almost inevitably divisive way to approach it, in my experience. Its not good for anybody to have some culture war.

Long after founding Noise Free America, Ted Rueter found himself in one such spat with a neighbor who owned a landscaping firm that would have leaf blowers going all the time on the bosss property. The pair had a screaming row on his front lawn, Rueter said, after his leaf blower-wielding neighbor smugly told him: Its 7am, time for work!

Middle income and professional workers in America are spending more time at work than they did when leaf blowers first showed up in the 1970s, which may account for the explosion in sales of the gardening tool since the 1980s. Rueter came up against more than just a prevalence of a particular piece of lawn care equipment: his neighbor was merely the voice of Americas workaholic culture, which leaf blowers, with the time-saving they afford the user, attempt to complement.

Fallows, Rueter and the American Lung Association all agree: the new, quiet leaf blowers will do fine.

What they and other opponents of two-stroke leaf blowers want to know is: when will they all be replaced? Larry Will says that consumers will usually change a working leaf blower after about fifteen years, and agrees that this process should be sped up and new leaf blowers should be purchased en masse which would certainly do no harm to his industry.

The average landscaping firm has six workers, with the majority of lawn care services provided by the smaller companies with one to four employees. There is scant industry data to trace exactly what it would require for a small firm to take the financial hit of buying new leaf blowers, and Fallows claims that when it comes to replacing leaf blowers, the capital cost is a trivial difference.

Professional industrial leaf blowers can set a company back as much as $500 per unit, a number which has made individual landscapers nervous about overheads. But the new class-conscious approach to Americas leaf blower disputes espoused by Fallows and the campaign at Wesley Heights is trying to find an answer.

Fallows supports the notion of a kind of trade-in program, where loud, old leaf blowers are exchanged for the less offensive kind.

Rueter, in fact, facilitated one such scheme. In the heat of his front lawn dispute with his neighbor, he offered a solution.

If you agree to use them, I will buy you two new leaf blowers, he told his neighbor. The offer was accepted and the noise level in his front yard was restored to a peaceful level. When it comes to the balancing act of protecting landscaping jobs while reducing noise and emissions, it helps that someone was willing to pay for progress.