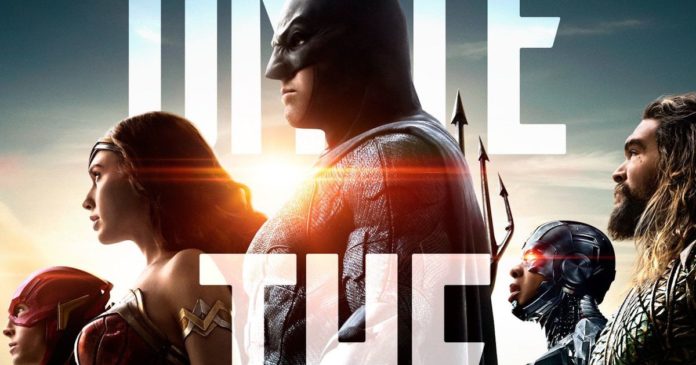 Assembling is for Avengers. The Justice League < em> unifies .

SEE ALSO: 10 things to look out for in the brand new ‘Justice League’ trailer

The five of them are seen in profile as giant block letters spell out the tagline “UNITE THE LEAGUE.” A lens flare indicates that the dawning( of justice, presumably) is transgressing behind them.

Honestly, it’s … not great. “Unite the league” is a terribly clunky slogan, even if it stimulates appreciation for the movie.

It’s reminiscent of “Unite the seven, ” the tagline that accompanied our first official look at Aquaman. At the time, devotees wondered whether “seven” referred to the Seven Seas, or to the seven members of the Justice League.

As we now know from the trailers, though, this version of the Justice League only has five members, at least so far. While Superman( Henry Cavill) is expected to pop up in Justice League at some phase, he’s yet to be seen in the trailers. And Green Lantern( previously rumored to be the seventh and final member of the team) hasn’t even been mentioned.

But “Unite the five” doesn’t sound as good, so “Unite the league” it is. Here’s hoping the actual movie is slicker than the tagline they’re utilizing to sell it.

Justice League is in theaters November 17.