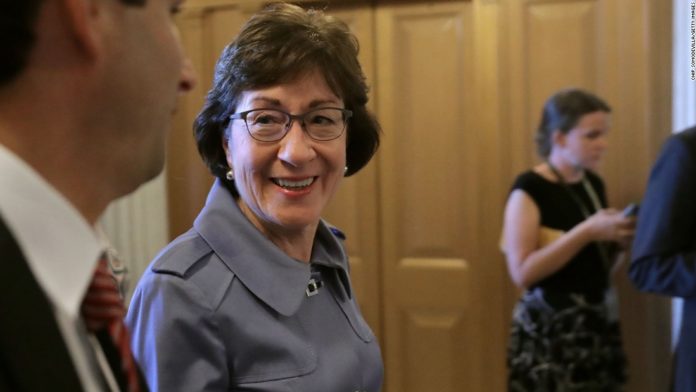 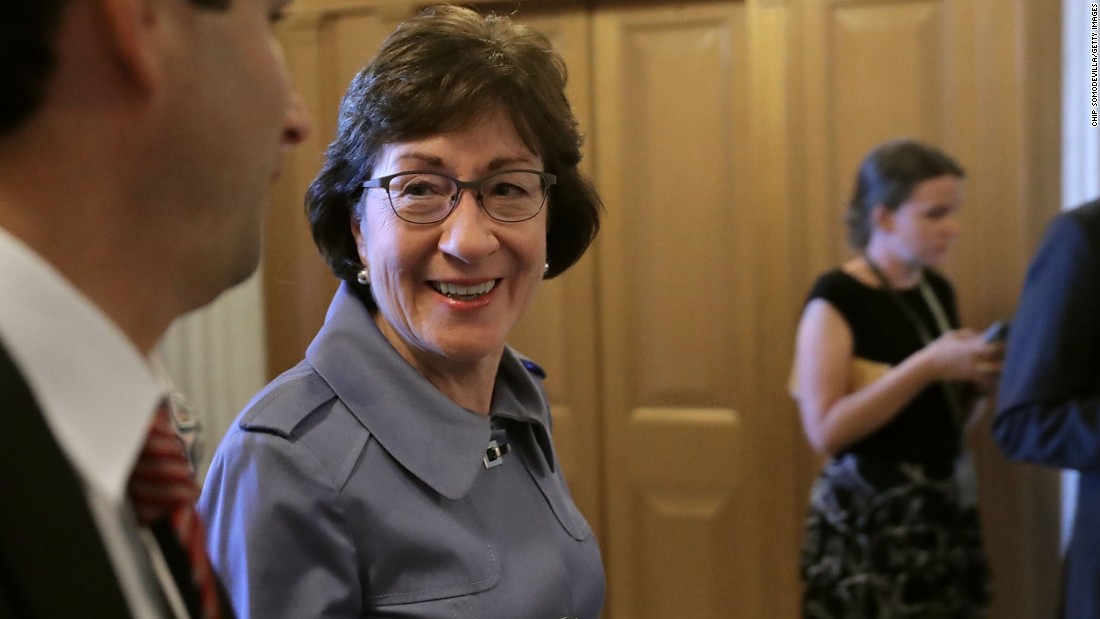 (CNN)Sen. Susan Collins announced Monday afternoon that she will oppose the GOP’s latest plan to overhaul the Affordable Care Act, bringing the total number of public “no” votes to three and likely killing the last-ditch effort to repeal Obamacare this week.

In a statement, the Maine Republican said the bill does not go far enough to protect people with pre-existing conditions and that the proposal’s cuts to Medicaid are too steep.
“Sweeping reforms to our health care system and to Medicaid can’t be done well in a compressed time frame, especially when the actual bill is a moving target,” Collins said. The bill would also “open the door for states to weaken protections for people with pre-existing conditions, such as asthma, cancer, heart disease, arthritis and diabetes.”
Collins told reporters that President Donald Trump talked to her on the phone Monday and that Vice President Mike Pence had called her over the weekend to discuss her stance on health care. 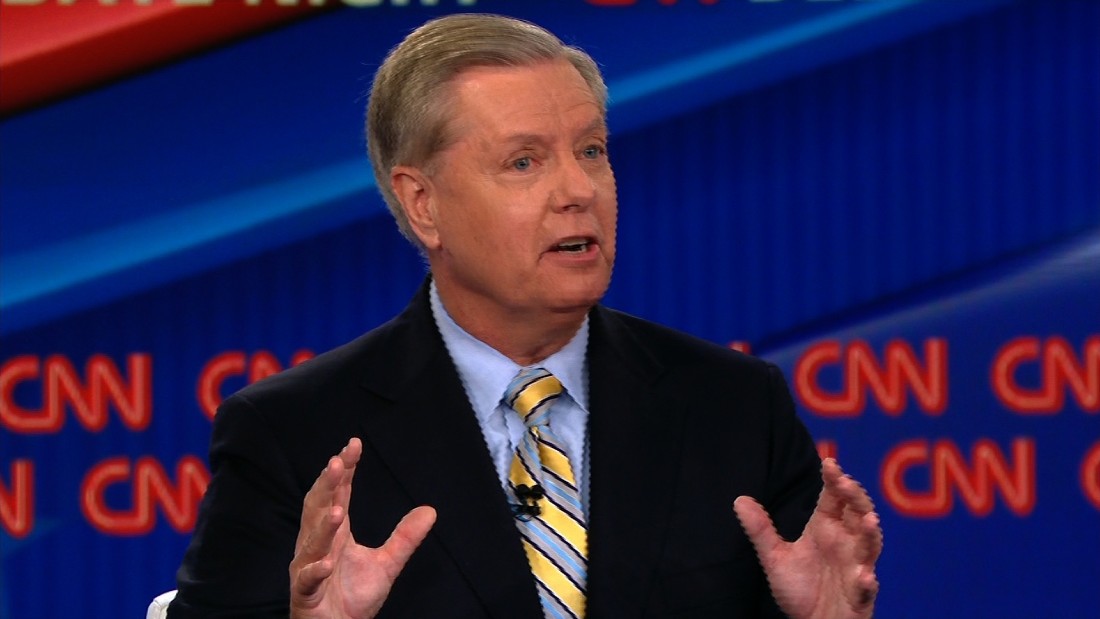 The decision, while widely expected, deals what is almost certain to be a lethal blow to Senate Majority Leader Mitch McConnell’s eleventh-hour attempt to find 50 “yes” votes in his caucus. Collins joins Sens. John McCain of Arizona and Rand Paul of Kentucky, who have both said they will oppose the legislation. Sen. Ted Cruz also said he opposed the legislation as written.
Collins was one of three Republican senators to vote against an Obamacare repeal bill in July — along with McCain and Lisa Murkowski of Alaska — stopping the bill’s passage on the Senate floor.
Her decision to once again buck her own party comes the day after Republican leaders released a revised version Graham-Cassidy bill, written by South Carolina Sen. Lindsey Graham and Louisiana Sen. Bill Cassidy. The changes included boosts in funding for states like Maine and Alaska, but did not address concerns that many have raised about the erosion of protections for people with pre-existing conditions.
Collins had foreshadowed her announcement on CNN’s “State of the Union” Sunday, saying she had a “very difficult” time envisioning a scenario in which she would support the Graham-Cassidy health care bill, but she was not definitive.
Collins announcement came after the CBO released a partial score Monday evening of the GOP’s plan, saying the Graham-Cassidy bill would reduce the budget deficit by at least $133 billion, but millions would lose comprehensive coverage.
The non-partisan scoring agency estimates that between 2017 and 2026, “the legislation would reduce the on-budget deficit by at least $133 billion and result in millions fewer people with comprehensive health insurance that covers high-cost medical events.” 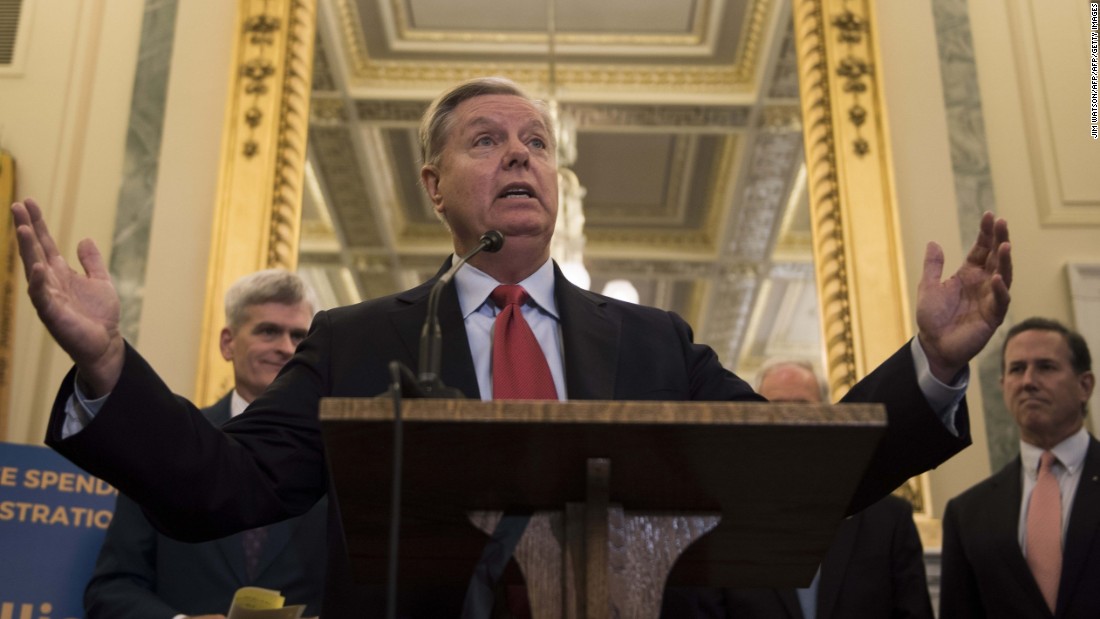 On Sunday evening, the GOP released its latest version of the health care bill, which aimed to convince members who are still undecided to support the bill. The changes aim to increase funding for states like Alaska, but there’s no proof that the bill will bring the undecided senators onboard now.
In one new provision particularly beneficial to Alaska, the state would receive a 25% boost in federal matching funds for Medicaid due to its defined high-level of poverty.
Despite the new version, there are still plenty of obstacles ahead. An aide to Paul said that the Kentucky Republican opposed this version of the bill as well, citing how his requested changes were not included in Sunday’s version. Another aide to Cruz, said the Texas senator is “opposed” to the revised bill.
“It doesn’t address our concerns or include his requested changes,” that aide told CNN.
Cruz made headlines on Sunday when he said at the Texas Tribune Festival that the legislation as written did not currently have his support, though his answer did not definitively rule out backing the bill and added that he wants “to be a yes.”

Protests in the Capitol 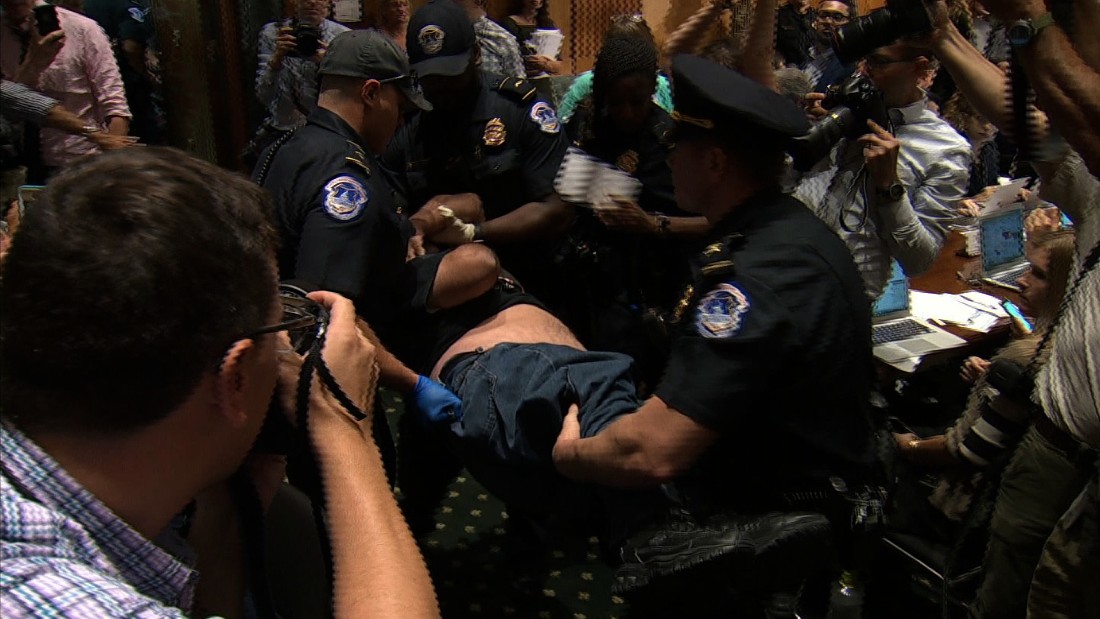 A partisan health care bill must be voted on by the end of the week, when the vehicle that Republicans are using to move their plan is expected to expire.
Over the weekend, the administration and the bill’s sponsors continued to lobby on-the-fence members, with aides telling CNN that the effort wouldn’t end until Republicans saw that third and final “no.” 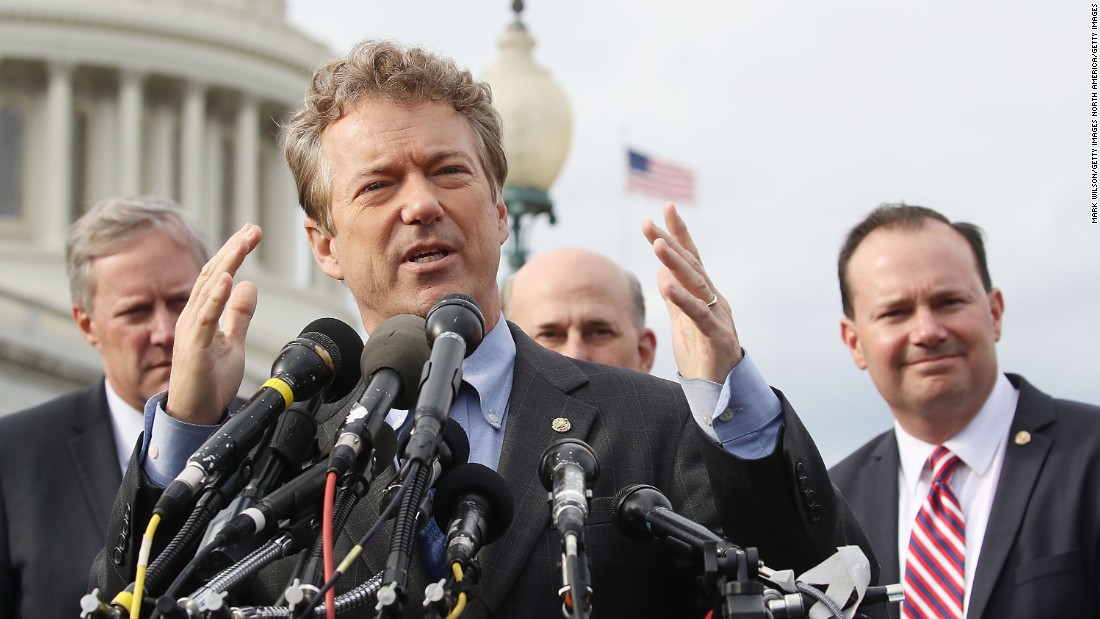 “Whatever sports metaphor you want to use about how it would take a miracle, it’s that,” a source acknowledged, noting that even a “Hail Mary” pass might be too generous to describe the odds at the moment.
The stakes are incredibly high for members and Republican leaders who have tried to forge ahead with the bill. Gutting Obamacare was the GOP’s promise for seven years, and facing a second defeat would only expose the party to more criticism from its donors and base. The party is now split between supporting a bill that appears unpopular with stakeholders and hasn’t had even two full weeks to be vetted or moving ahead in an effort to pass anything it can.
Republican Sen. Chuck Grassley of Iowa made headlines last week when he openly acknowledged that fulfilling the GOP’s years-long campaign promise was just as important as the policy ramifications of the bill. 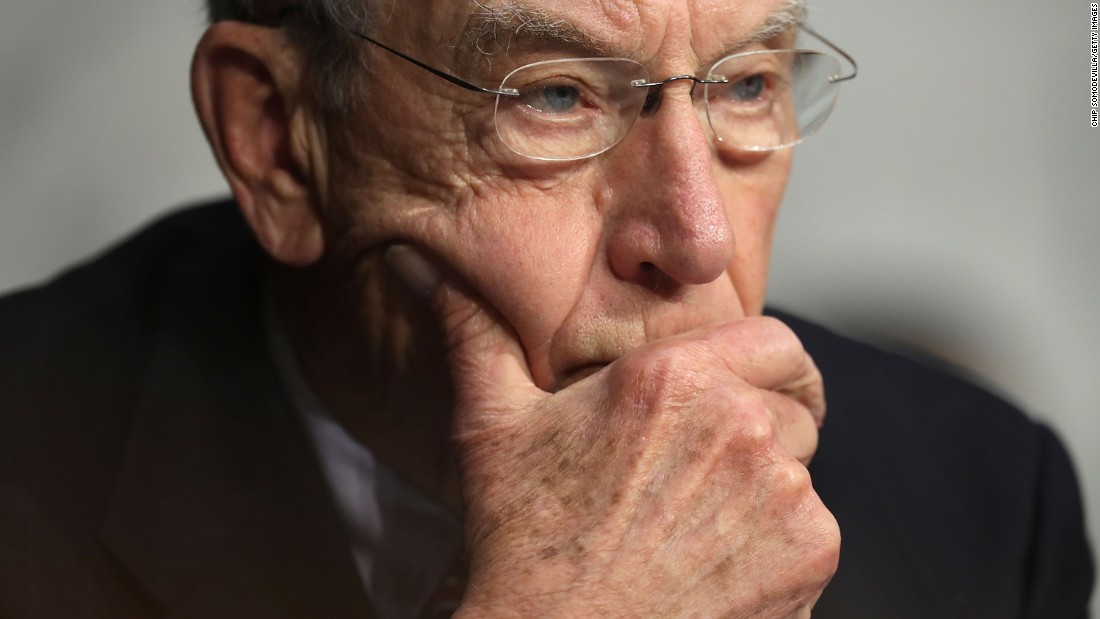 “You know, I could maybe give you 10 reasons why this bill shouldn’t be considered,” the Iowa Republican said according to a report from The Des Moines Register. “But Republicans campaigned on this so often that you have a responsibility to carry out what you said in the campaign. That’s pretty much as much of a reason as the substance of the bill.”
Former Pennsylvania Sen. Rick Santorum, who has been working with Cassidy and Graham on the legislation, told CNN that not taking action now will leave Republicans stuck with the blame on any future problems that arise in the health care system.
“It’s either fix it and do it the right way or own the debacle that’s coming,” Santorum, a Republican, said. “This may be Obamacare but they’re going to blame Trump if it doesn’t work.”
The fact that the Senate vote in July failed by just one — McCain’s third “no” vote — has also made it difficult for some Republicans to move on. 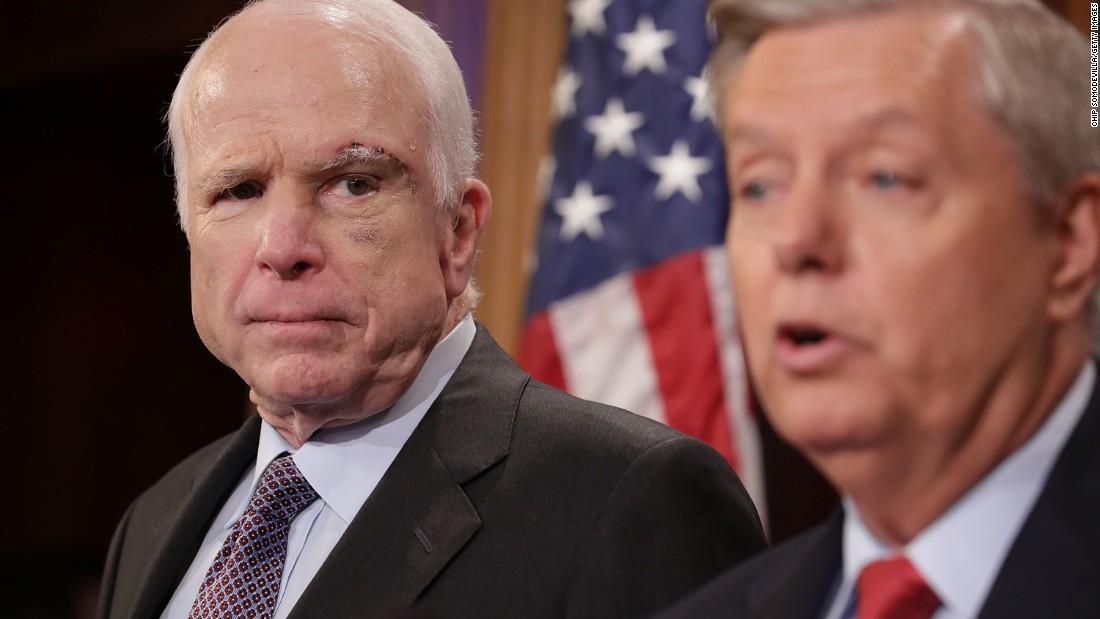 Another political reality at play: Republicans, including Trump and his top aides, are desperate for a legislative victory.
Trump and his top advisers have spent much of this year moving from one controversy to the next, all as the investigation into the Trump campaign’s possible collusion with Russia has loomed over the White House.
Getting anything done on repealing Obamacare would mark an important win in a year that has lacked good news for the President.
“For the White House, the desire to have a significant legislative accomplishment remains a big and important goal,” said Lanhee Chen, former chief policy adviser to Republican presidential nominee Mitt Romney. “And the fact that they were so close suggests that they could get across the finish line, so the reality and possibility of success is there.”