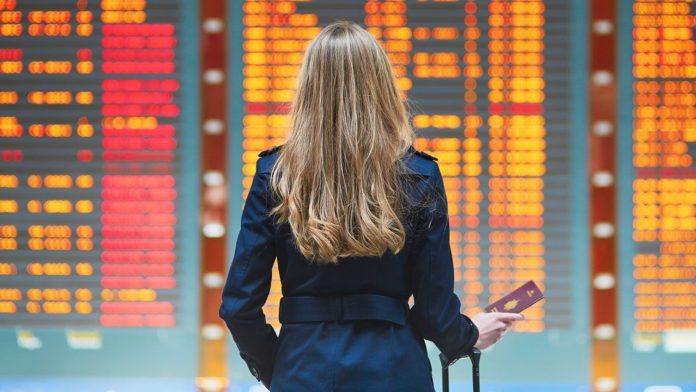 Hurricane season runs through Nov. 1, but planes can be delayed year-round thanks to blizzards, lightning storms, even erupting volcanoes (Iceland in 2010, for instance). Fortunately, most of us will never run into anything like that, but a simple mechanical issue can also throw a plane off-schedule, big time.

When delays happen, these tips can help avoid some of the worst inconveniences:

Sometimes less is more, which is one of the reasons I always recommend packing a carry-on bag. Example: Your flight is delayed but the gate agent informs you there’s a seat on another plane heading to the same place, but you’ll have to race to a distant gate and it’s leaving in just a couple of minutes. You and your carry-on could make that flight; your checked-suitcase almost certainly won’t.

If your airline doesn’t have your cell phone number and email address (or you’re not sure), go back to your reservation and add this immediately. When problems arise, most airlines are very good at keeping passengers updated, but that’s impossible if they don’t know how to get in touch.

Airlines fly mostly full planes these days. So if when a flight is delayed there is no guarantee you’ll get out on the next flight out — which means when something goes wrong, your job is to be first in line to talk to the human who can you that next available seat. This may require a three-pronged attack:

Airport: Get in line to speak with a gate agent. If the line is too long, try another. Consider buying a day pass to the airline’s VIP lounge (usually about $50 or so); there won’t be lines to see the airline rep there.

Phone: If you’re in a long line and know you won’t get to speak to the airline rep for a while, stay in line but also call the airline, because you never know who will respond first. Elite miles members generally have a dedicated hotline number, and this is the perfect time to use it.

If your plane isn’t going anywhere for a while, but you really need to be on your way, help the airline help you:

First, check other airlines to see which other carriers are also heading to your destination; you’d be saving your airline rep some time by doing this bit of homework for them, plus, the airline may be willing to get you on a competitor’s flight at no extra charge.

If for some reason your airport is socked in by delays, check to see if that’s true for all the others nearby (in the case of Los Angeles International, that could include Long Beach, Anaheim and Burbank). If you can get yourself to an airport that isn’t experiencing problems, you might avoid a lot of sitting around.

Just in case you’re stuck in an airport for hours on end, be sure electronic devices and charger cords are on your person (in purse or pocket) or in a carry-on and not in already-checked luggage. Your phone is your entertainment, and sometimes your lifeline.

Be polite in all your encounters no matter how upset you are by the delays. I can’t tell you how many times I’ve heard from frustrated airline employees who say something to the effect of, “I didn’t cause the storm, so why is everybody yelling at me?” In my experience, people who get yelled at do not always provide above-and-beyond service.

Rick Seaney is an airline travel expert and the co-founder of FareCompare.com, an airfare comparison shopping site