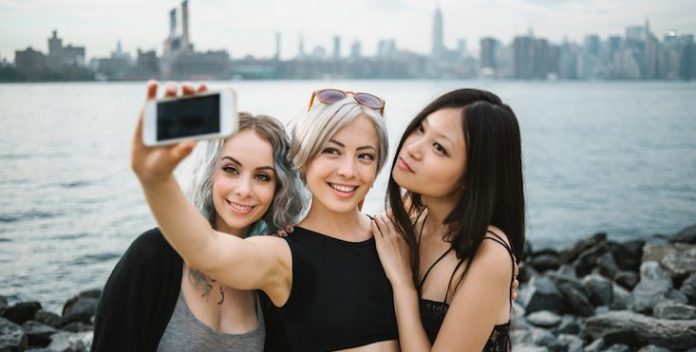 If you grew up watching and , you probably have a vague idea of what campus life is like. Although, thesego-to flicks don’t show youwhat it’s like going to school in a big city. A city campus is certainlya unique experience, but it’s also not for everyone.

You miss out on some stereotypical college thingsby choosing a city school, but overall, it’s a once-in-a-lifetime opportunity. After all, your college years are truly what make of them. If you goto college in the city, here are nine things you can totally relate to.

1. The City Is Your Campus

Every orientation I went to, they made sure to tell us the city is your campus. It got a bit redundant, but it was true. When you go to school in a big city like Boston or New York City, your college campus was a literal tourist destination, and you had many amazing places to explore on the weekends.

When you choose a big city school, you might not begoing there for the sports teams. You don’t get big football games like you would if you went to places with Division I teams. My school encouragedstudents to come out and support our teams by handing out free T-shirts and (quite delicious) food. The closest we got to something like tailgating was maybe a street fair with kebobs.

3. Your College Green Is A Public Park

Meet me on the quad was not something you could ever say. Most colleges have a green or quad, but when you go to school in a city, your version of that is a public park. It’s just as beautiful, but you have to share it with families and people who live in the neighborhood.

4. Your Dorms Are Epic

You have to take advantage of the dorm situation. I remember living right on 5th Avenue in NYC, a few blocks away from Washington Square Park. Talk about fancy living, am I right? I will probably never be able to afford such a nice location ever again unless I win the lottery. Most of the dorms are in really prime locations, and you’re paying way less than you would if you lived there on your own.

5. Your Cafeteria Is Fine Dining

In college, it’s the first time you get to eat whatever you want without your mom there suggesting maybe you try a vegetable or two. Other colleges have nice buffet-style cafeterias, but when you go to school in the city, you have an array of fine cuisine. You can be eating at the diner across from campus with the amazing potato latkes, or the Ramen place a few avenues over you just to try. Really, it’s whatever you’re craving, you can definitely find.

6. Excuses For Being Late Are More Adventurous

When you’re late for class at any other school, it’s probably because you slept in. In the city, you have the luxury of using so many great excuses like the subway or a parade that was blocking off traffic. One time, I helped stop a thief by jumping in his way as he was fleeing. It was straight out of an action movie, and that was a believable excuse for my school. You don’t get that just anywhere.

7. Everyone Wants To Come Visit You At School

Since you’re living in a vacation destination, you’ll have friends and family who want to visit you constantly. I had to invest in an air mattress because I had someone coming to visit at least once a semester. And there was a never-ending list of tourist locations to check out, so it never got old.

8. It’s An Entry Way Into Living In A Big City

Some people want to move to a big city after graduating college, and it can be a scary thing to do. Luckily for you, going to school in a big city was an easy transition. You got to move there with the comforts of having people around you, like college roommates, and also a schedule. You had the resources to make living in a new place simple and easy.

9. You Have Access To So Much More Than What Your College Offers

Sometimes, a college can be limiting in what it can offer students. My freshman year, I wanted to take comedy classes that weren’t offered to me. Luckily, I found some in the city. A small town probably wouldn’t have all of the same opportunities.