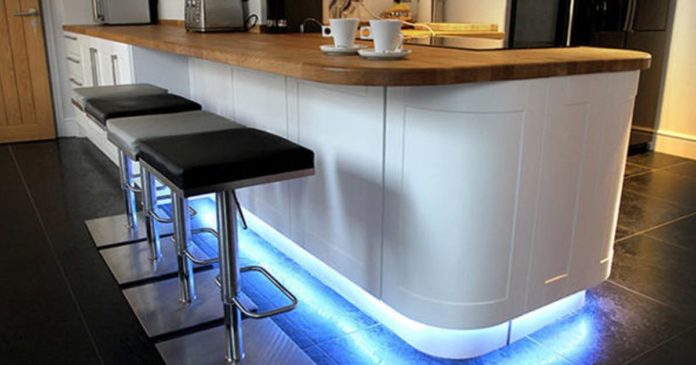 This piece was written by the people who run the Cracked Store to tell you about products that are being sold there.

Ah, nature! It’s that thing we put our hot tubs on. But if you’re one of those people who believe the news or 99 percent of scientists, then you might be aware that nature is under attack, and with it our hot tubs. Fortunately, there’s a host of things we can spend money on that will actually do some good for Mother Gaia, and in the process let us keep enjoying those tiny pools of frothy chlorine and spilled beer we love so much. We’ve highlighted some of the more convenient and consumer-friendly options here. 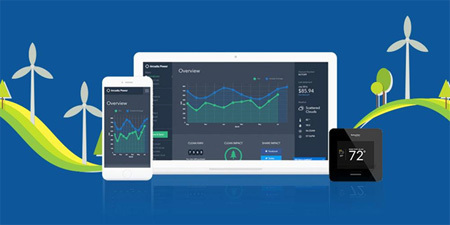 In their heart of hearts, we believe that everyone wants to help the environment. It’s just that pesky “having to put in effort” thing that keeps getting in the way. But by teaming up with your local electric company, you can sign up for Arcadia Power and 50 percent of your monthly bill will be used to fund sustainable energy sources like wind turbines, solar panels, and probably some kind of human-pedal-power startup. You get all the satisfaction of making the world better without having to lift a finger, which we imagine is what it feels like to be Al Gore. Get a free membership to Arcadia Power here. 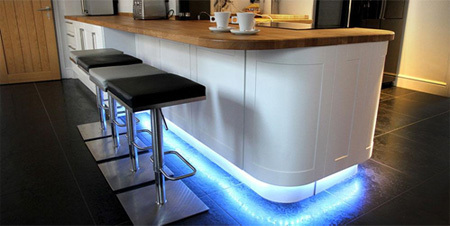 If you’ve ever wanted to make your bar look like it’s set in the TRON universe (if you haven’t, then we don’t know what you’re doing on this site), take a look at this Smart Lightstrip. Normally, you’d have to string together a bunch of shoddy wiring and fluorescent tubes to achieve such an effect, possibly risking death by electrocution or strangulation in the process. But the Smart Lightstrip comes in rolls of three-meter LED tape that you couldn’t strangle yourself with if you tried. (Please don’t try.) Plus, the LED can shine in any number of bright colors, and is customizable from your phone. Light Cycles are sold separately. Grab one here for $36.99. 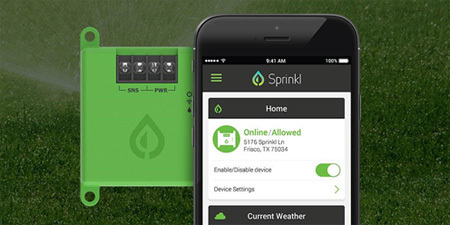 Here’s a fact you might not know: Oakland A’s GM Billy Beane, a man so frugal with his ballplayers that they got Brad Pitt to play him in a movie, is absolutely terrible at saving water. You’d think the guy responsible for Moneyball would be smart enough not to waste thousands of gallons of water a day keeping his grass green, but perhaps he just needed the Sprinkl Conserve Smart Irrigation System. This package is an add-on to your existing setup that lowers your bills and tracks local weather patterns to prevent overwatering. Usually $99, you can pick it up in our store for $20 off. And for the planet’s sake, Billy, we hope you’re listening. 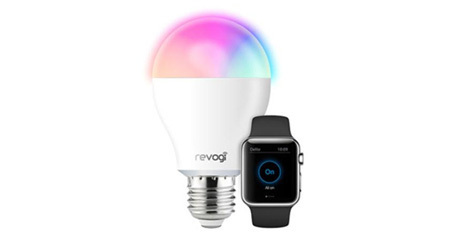 This smart LED light bulb from Revogi lets you equip your place with automated mood lighting that uses 90 percent less energy than a typical bulb. And don’t let your crazy bunker-dwelling uncle fool you; mood lighting isn’t a conspiracy by interior decorators to earn a paycheck. It’s a real thing, and science says that having the wrong kind of light could be messing with your focus. But if subtly shifting amber hues doesn’t give off a steamy enough vibe for you, then your monthly energy savings sure will. Give your home a hospitality upgrade with some Revogi Smart Bluetooth LED Bulbs. Each one costs just $24.99. 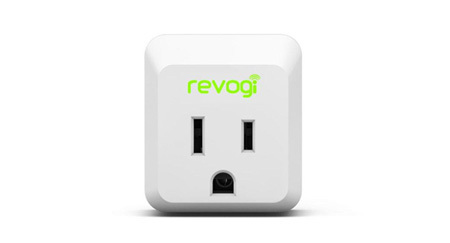 If you’re one of the saints who manually unplugs everything whenever you leave the house to save power, then 1) we commend you, and 2) we don’t believe in your existence. Thankfully there’s still a way to be environmentally savvy that doesn’t include becoming a mountain hermit. The Smart Meter Bluetooth Outlet plugs into any ordinary outlet and will reduce power for electronics not in use. So feel free to keep your enormous stereos and gigantic TV’s on full display. The Revogi will keep you in the green. Grab one here for 42% off – just $19.99.

With these items combined, I am Captain Planet!

That’s the spirit! We’re going to take pollution down to zero! But first you can check out our other energy-efficient gear in the Cracked Store. And don’t forget to check out our super green and super fresh T-shirts in the Cracked Dispensary. The planet might be dying, but hopefully these items have made that truth slightly more convenient.

Owls Are Stupid. They wouldn’t know an Obvious Explosion Hazard from a hole in the ground. Save The Planetrees, for them.

Don’t forget to explore the world you just saved with 10 Things That Will Help Make Traveling Suck Less.