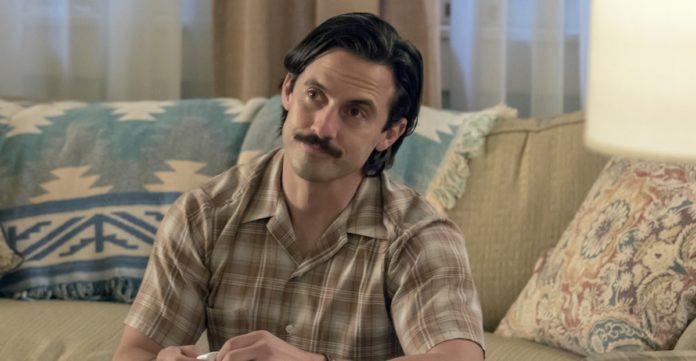 It’s the story of “the big three,” a set of triplets (a biological brother and sister, and their adopted brother), and the two parents, Jack and Rebecca, who shaped their adult lives.

“This Is Us” is the shamefully, unapologetically tear-jerking NBC hit that has millions tuning in every week to ugly-cry together, and it just wrapped its first season.

The show isn’t always perfect, but is thoughtful in its portrayal of characters we’re not used to seeing maybe none more so than Jack Pearson, the dutiful and selfless dad of the family.

“This Is Us” though good at sprinkling in humor here and there is not a comedy. Jack is not obligated to be funny, which likely is part of the reason he’s been spared from becoming the buffoonish dad we’re used to seeing in TV and movies.

It’s not just that (and the fact his mustache/beard are #goals) that makes Jack such a compelling character. There are (at least) five things that make Jack a pretty damn good model of masculinity in an age where being a blustering, blathering “alpha male” can get you pretty far.

By the way, no spoilers for the season finale here. (But if you don’t already know that Jack does not live to grow old with Rebecca, where have you even been for the last three months?)

GIF from “This Is Us”/YouTube.

When we first meet Jack in the series’ pilot episode, he is a man in total control. When he and a pregnant Rebecca arrive at the hospital, the babies on their way, the doctor warns them the risks during delivery will be high.

“We’re walking out of this hospital with three healthy babies and a healthy wife,” Jack reassures the doctor while also supporting Rebecca during contractions.

Unfortunately, the third baby, a little boy, is stillborn. When Jack gets the news, he breaks down in tears in the waiting room, before ultimately deciding to bring home Randall, an abandoned baby being treated at the same hospital.

It’s not the last time we see Jack’s emotional vulnerability. Because, you know what? It’s OK for dudes to cry.

2. He’s fiercely loyal to his family.

Yes, Jack is the main breadwinner for the family, but it’s not what makes him a man. It’s dedication that goes far beyond just working long hours.

For example, theres a secretary at work constantly batting her eyes at him, and in one episode, she finally makes a move. He turns her down with ease, and frankly, the show doesn’t make a big deal of it. Jack doesnt get any hero points for remaining faithful, as he shouldnt. Jack proves real men can be complex beings with morals and values that aren’t based around sex.

It also becomes clear later in the series Jack was the one who pushed for marriage and children with Rebecca, a nice change of pace from the commitment-allergic men we’re used to seeing on TV.

A lot of TV dads love their kids and will show it through goofy hijinks, roughhousing, or gruffly bonding over sports. But not Jack. He handles the tough stuff too.

Like who could forget the time he stayed up all night sewing Madonna gloves for his daughter’s birthday party and, when things didn’t go as planned, tried to cheer her up by asking her to teach him how to “vogue”?

In one of his best moments, though, Jack realizes he as a white man can’t be the only role model in his black son’s life, so he takes him to an all-black karate class where he can learn how to face the difficulties that come with being a man of color.

GIF from “This Is Us”/YouTube

TV and movies are rife with dunderheaded men forgetting birthdays and anniversaries, scrambling around to cover their tracks with thoughtless, last-minute gestures. Not Jack. In one episode, he rents his and Rebecca’s now-vacant first apartment for a night, fills it with candles and champagne, and challenges the both of them to never forget the things they love about each other.

He constantly finds time and energy to make his wife (and his kids, for that matter) feel special, loved, and appreciated.

“Rebecca, you have changed the way I think about love.” GIF from “This Is Us”/YouTube

But Jack battles with a drinking problem. Later, he has trouble reigning in his jealousy of another man in Rebecca’s life. He occasionally crumbles under the weight of being the familys rock.

Through it all, Jack needs his wife, and he knows it. In these moments, it’s Rebecca who picks him up and helps him be a better man.

Because no matter how “manly” you are, no one can do it all alone.

We know Jack dies before his kids are grown, but with the show’s jump-around timeline, let’s hope he shows up plenty in season two.

After all, he still has a lot more to teach us dudes about what it really means to be a man.