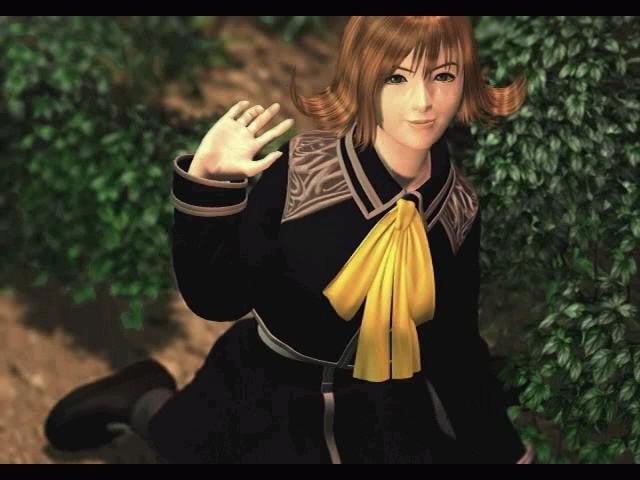 Why he sucks: His physical and magical stats are both low, and all he can do in battle is sing and hide. His stats skyrocket after level 70, but who wants to spend that much time with a useless spoony bard?
More useless than: Casting Firaga on a gaggle of Bomb Kings.

Why he sucks: He’s got the worst magic stats, ZERO MP, and his accuracy sucks. You’d expect more from someone with such a killer beard.
More useless than: Trying to make sense of the name “Pollendia.”

Why he sucks: As a Berserker Umaro cannot be given commands, so why would you waste a character slot on an uncontrollable yeti with a temper problem?
More useless than: Trying to use a Furminator on Umaro’s matted fur.

Why he sucks: Gau’s usefulness relies on grinding on The Veldt in order to learn abilities. Level charging is fine and all, but not when it’s just for one character. Also, animal prints are so gauche.
More useless than: Trying to make long green ponytails happen. They’re not going to happen.

Why she sucks: Relm is an artist, but she’s not a very good one. Her Sketch ability failed if the enemy was too “difficult” to draw. Take some art classes, girl. And the infamous Sketch Bug? Don’t even go there. Her magic is super high but her physical stats were so low that she could barely get a spell out before being clobbered.
More useless than: Looking for fanart of Relm online without finding something super creepy.

Why he/she sucks: Gogo’s stats are subpar, and his/her Mimic ability is dependent on the other characters in your party. As a standalone character, he/she is totally pointless. Flashy clothes, though. B+ for style.
More useless than: Trying to get Gogo to mimic being useful. Lolamirite???

7. Everyone from Final Fantasy: Mystic Quest

Why they suck: Mystic Quest was an all around franchise embarrassment. It was Square’s attempt to bring the series to a wider American audience, but they only succeeded in pissing fans off.
More useless than: Trusting your mom and dad ever again because they got you Mystic Quest for Christmas ‘92.

Why she sucks: Yuffie is the little sister no one wanted. Her Clear Tranquil ability is sort of useful early on, but it only goes so far. The rest of her limit breaks are all damage-based, but there are stronger characters to use.
More useless than: Signing an online petition for a Final Fantasy VII remake.

Why he sucks: His stats suck and his limit break is RANDOM. Cats deserve better representation.
More useless than: Trying to dress up your real cat as Cait Sith for Halloween.

Why she sucks: In a game where where Limit Breaks set characters apart, Selphie’s roulette-style attack was impractical and cumbersome. Her most useful ability was Full-cure, and when your characters are nearing death there’s no time to choose “do over” a million times.
More useless than: Trying to explain the Junction System to your mom.

Why she sucks: She’s not as fast Zidane, Vivi has better magic, and Eiko is a better support character. Plus, seeing “Command failed, Dagger can’t concentrate” over and over again makes you want to throw your controller at the TV.
More useless than: Trying to explain your Steiner/Vivi slash fiction to your confused college roommate.

Why he sucks: Kimahri requires a lot of time and dedication on the sphere grid to be of any use, and there’s no real desire to build him up when you have so many other party members with dedicated strengths.
More useless than: Getting through the “laughing scene” with Tidus and Yuna without cringing.