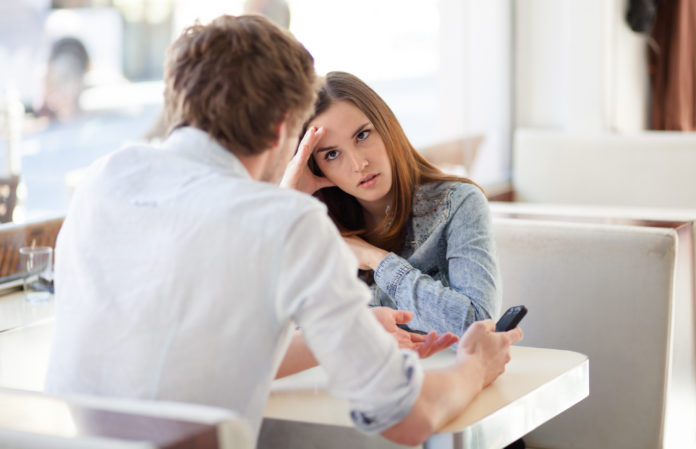 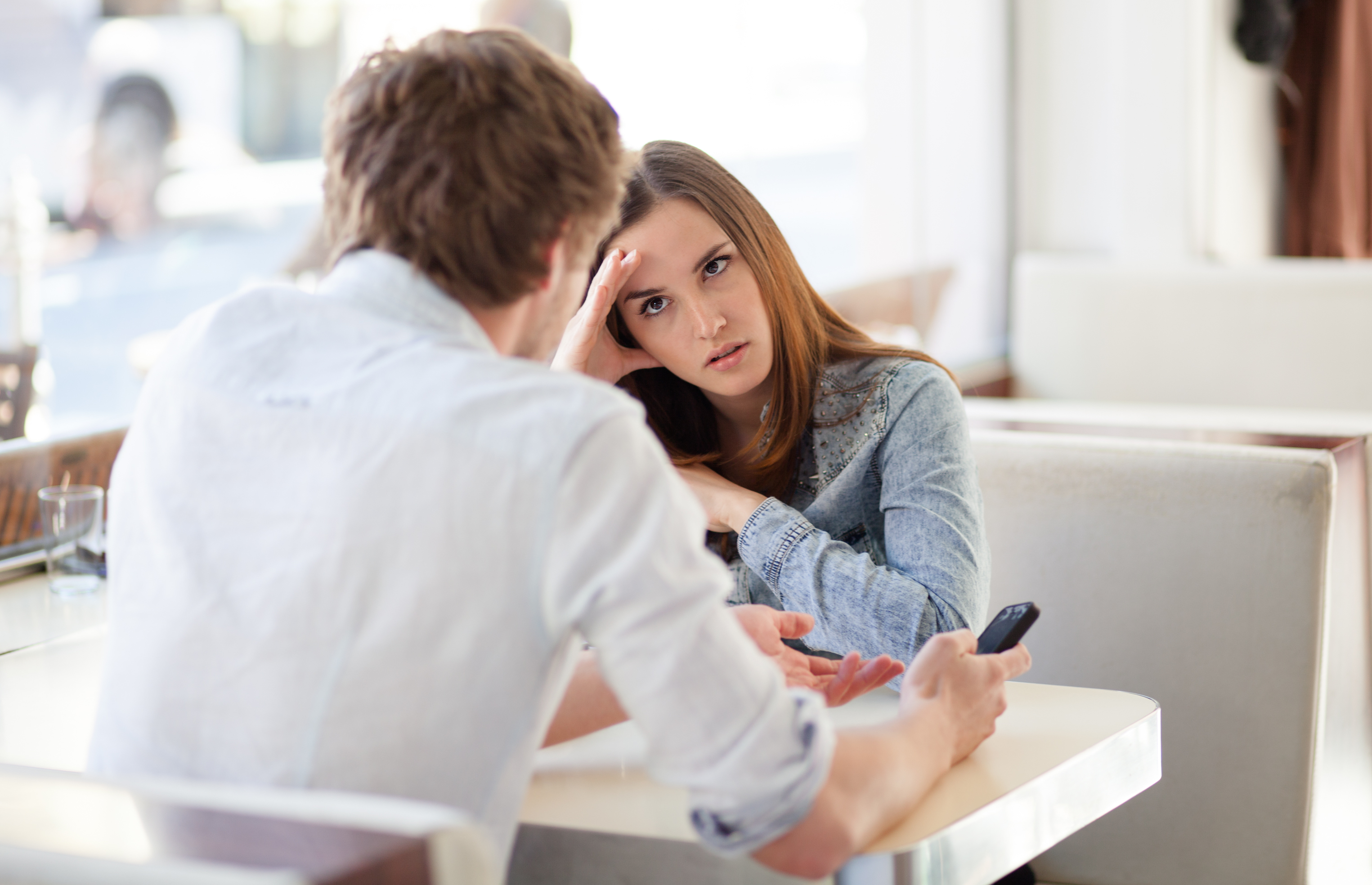 You’re on a date with a bro you met online and three Moscow mules in, you’re actually hitting it off and considering making out with him if he leaves a decent tip. That is, until he fucks it up by saying something dumb like “Crazy girls are just more into me” that sets off the fuckboy alarm in your head. Fuckboys are like pimples, once you see the warning signs of one, you can’t ignore it’s there because sooner or later it’s going to ruin your night and make you feel like a worst version of yourself. So to save yourself a lot of cover up (for the angry tears when he doesn’t text back) here’s some top things fuckboys say that should set off literally all your red flags. If he’s said all of these, maybe it’s time to block that bro.

1. “I’m not looking for anything serious.”

This is so classic fuckboy that if it were a record it’d be a Beatles song. This is strategic because saying this traps you into sounding crazy if you don’t agree. Can you imagine if you were like “Oh, not me, I’m looking for a very serious commitment right this very moment” on your first date? This is a shitty thing to say because saying it early on in a relationship is a way to excuse all future bad behavior, and he’s banking on the fact that you don’t care about him yet since so early on that his announcement will just fall on bored ears. Literally run if he announces this to you early on, it doesn’t just mean he wants to keep things casual, it means he wants you to feel bad about him not wanting to date you.

When a bro tells you his ex is crazy, it usually means he did something really messed up that she was rightfully very angry about. Every betch has it in her to go full Swimfan on a bro if he behaves badly enough. But more than likely, if a bro is telling you how crazy his ex is, he’s trying to make sure you know that he took no responsibility for how the relationship ended, even if it was totally his fault. If his ex was literally psycho, like she murdered his dog or broke into his house, he’s probably just as crazy because he dated her in the first place. Plus you don’t want to be with him if his ex is actually crazy because she’ll probably figure out you’re dating and murder your pets too.

By the way, we’re not talking about a bro who wants to keep you in the friendzone. If he says this to you and he’s still happy to fuck you, he’s a fuckboy. You know what friends do? They hang out. They are there for each other. They don’t fuck. If you’re fucking and still acting like friends, you’re dating. He’s not afraid to lose the friendship, he’s afraid to lose the Bumble dates. Just remind him that not dating is just as likely to ruin your friendship as dating you is.

4. You ask him about another girl and he says “We’re just hanging out.”

Instead of telling you you’re the only one or being honest about dating multiple people, he just says “We’re just hanging out, it’s nothing” and then doesn’t respond to your next text until noon the next day. For a bro who’s not hooking up with another girl, he sure acts very defensive. When was the last time you described your friendship with a platonic friend as “just hanging out”? Never, that’s when. You would say “we got ice cream” or “we got drunk and snuck into a house party” but in any case you’d be specific because you’re not fucking guilty.

5. After a week of not responding: “Sorry I just saw this. [insert excuse] Wanna hang out?”

He decided he’s bored and wants to hook up but realized he needs to do some recon because he has been ignoring you for the last week. So he says something super sweet and you forgive him because you want to see him. Fuck that noise. Don’t fall for this.

You’re not a burger on a menu for him to decide if he’s in the mood for. Sorry but being indecisive does not apply to dating you. If he doesn’t know what he wants, then he doesn’t want to date you. If he wants to date you, he’ll figure it out fast enough when you leave him and he realizes he fucked up. Don’t stay with a fuckboy that leads you on with this statement. He just wants you to hang around and be allowed to treat you like shit because he can’t make up his mind. If he’s walking into a five star restaurant and acting like he’s at a McDonald’s because he doesn’t know if he wants to get anything, that’s on him, not you. Move on and let him enjoy his dollar menu because that’s all he’s going to get.

If he says this what he really means is he thinks you’re holding him back. This is the dumbest shit because nobody who proposes to their girlfriends ever prefaces it with, “hope this doesn’t hold you back forever”. If he’s actually into you, he will want to lock it down You’re always going to be able to walk away and leave him, and he knows this. So there’s no such thing as holding you back. In fact, he just feels like you’re holding him back but he can’t say that to your face. Ironically more girls want to fuck him because you’re dating him, because hot girls see other hot girls dating a fuckboy and assume he’s chill because he’s dating a hot girl. So you’re technically helping him more than you’re holding him back.

Ironically he probably buys shit and doesn’t take the tags off either, because he can’t commit to anything. Not putting a label on it is his way of putting space between you. Any betch who loves shopping knows that labels are the shit. How else will anyone know your bag is designer?

9. “I think we should slow things down.”

Unless he’s Mormon and he’s talking about waiting to have sex, this is bullshit. If he’s comfortable putting his dick in your mouth, then telling you he wants to slow the relationship down is a fuckboy move. Sorry but talking about your parents and going to formal together is supposed to come BEFORE butt stuff, not the other way around. If he says he wants to slow things down he should have mentioned that before he tried to take the condom off.

10. “I just don’t see myself in a relationship with you.”

If he can’t see a relationship with you, then he shouldn’t be allowed to see you naked. Not to say you’re looking for a relationship  necessarily, but if he can’t even think about dating you as a possibility, he’s a fuckboy. Because not only are you somebody better’s type, you’re literally a dream betch for probably every bro that’s not him and your type is guys that are into you so tough luck, bro.