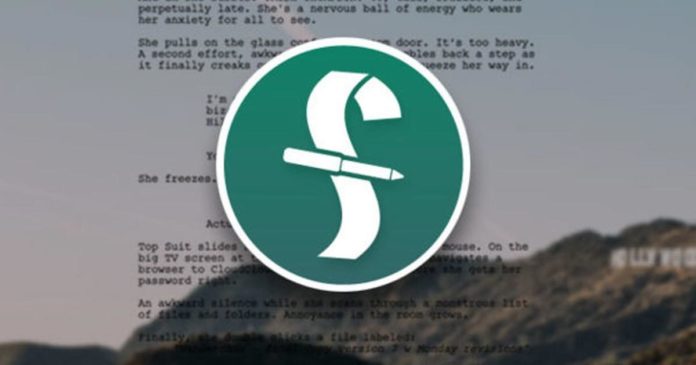 This piece was written by the people who run the Cracked Store to tell you about products that are being sold there.

As far as industry-specific software goes, Final Draft is far and away the most widely used screenwriting app. Lauded writers such as David Lynch, J.J. Abrams, and Aaron Sorkin can attest to the ease and compatibility of Final Draft, and there really isn’t anything else on the market that comes close. 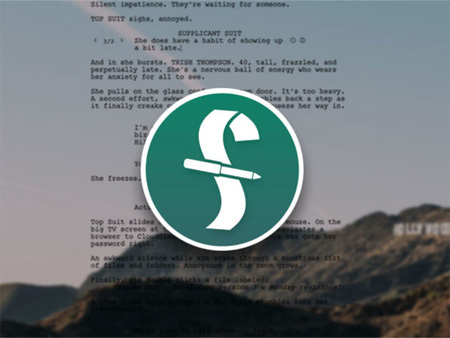 But as they might say in your college introductory screenwriting course: What’s the central question? Why would I go for Final Draft when I could use Google Docs or Post-It notes or tattoo my script on random strangers? Well …

The hardest part of writing a script should be begging your roommate to read it. It shouldn’t be getting the appropriate indents on your Word doc. Final Draft 10 auto-formats your script, so you don’t need to go through the tedious details of making sure your format is suitable for Hollywood execs. It comes with pre-set templates for TV, film, and playwriting to ensure that you’ll be taken seriously by anyone who reads your stuff. It also helps to keep you from endlessly procrastinating with fonts and layout.

Contrary to what actors want you to think, nobody gets it right the first time. With Final Draft‘s support for multiple dialogue lines, you can easily refine your character’s speech while keeping older versions for reference. For example, if Cameron Crowe, in a fit of madness, decided to change the line to “You had me at Taco Tuesdays,” he could keep the original version saved and change it back later when he returned to sanity. So whether you are painfully indecisive or just preparing in advance for the making-of documentary, this feature is indispensable.

Unless you have a pen that pitches joke punch-ups, your writing tools usually don’t foster creativity in and of themselves. But Final Draft will encourage you to make structural choices that will enhance your writing process, and by extension your screenplay. Story Map offers a macro view of your work and simplifies high-level outlining and major reorganization. Alongside it, the appropriately named Beat Board lets you work through scenes beat by beat. Essentially, while you might be bogged down deciding whether to call a planet Glarznak 7 or Glarznak 8, a quick overview of your work will remind you of the bigger picture: Marauding space pirates are going to blow up the planet no matter what you call it.

While writing alone can have a sort of solitary nobility, working with a partner will help you get outside of all the neuroses from your sleep-deprived writer brain. Final Draft allows multiple people to work on a project file at once, and unlike some other screenwriting programs, it won’t let your script get completely destroyed by merge errors. Built-in collaboration functionality is there when you need to contribute remotely, and can be also used to securely send a draft to your writing team. But maybe most importantly, taking the step to purchase Final Draft tells your team, “Hey, let’s stop talking about how we’d decorate our Hollywood penthouse and actually write this script for real.”

Final Draft 10 is available on Windows and Mac, and you can install the main suite on two different computers. They also have a companion iOS app for mobile editing — just don’t try to be the first person to write an entire feature on a smartphone. A license usually costs $250, but you can get one in our store for 50 percent off — just $125.

You Have Always Been Here, alone in this coffee shop, putting the final touches on your Goonies/Wayne’s World mash-up prequel. The aspiring screenwriter truly is God’s Lonely Man. But we believe in you. You have what it takes to become a Billionaire Playboy, so show ’em who’s boss.

For more ways to buck the traditional rat race check out 10 Things You Can Learn To Escape 9-To-5 Hell For Good.

If we’ve ever made you laugh or think, we now have a way where you can thank and support us!