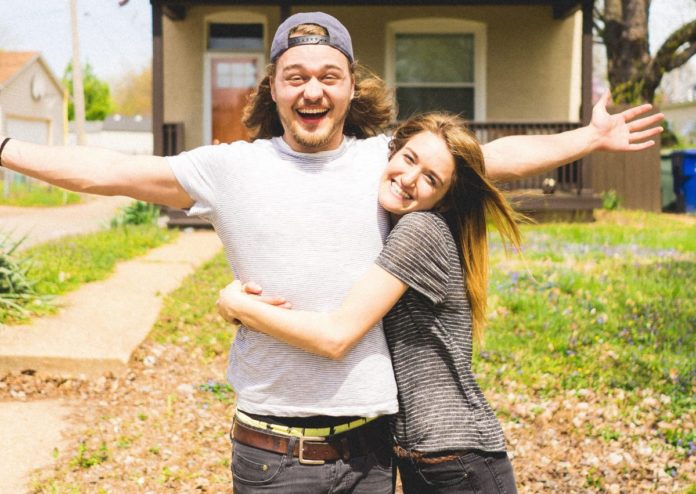 1. She asks for a relationship label. If she’s not happy with or , it’s not because she’s clingy or needy or desperate. It’s because she really likes you. She wants to make things official so you can start your time together.

3. She gets mad when you treat her like shit. You know why she gets so upset over , like when you cancel plans at the last second or ignore her texts for a full day? It’s because she cares about you. Because she treats you right and expects you to do the same.

4. She always wants you around. Yes, she should have a life of her own — but she should also be excited to bring you to the bistro she keeps telling you about and eager to take you on a tropical vacation. If she doesn’t try to involve you in her life at all, then your relationship isn’t going to last for long.

6. She always has her hands on you. That means she’s attracted to you, both physically and mentally. She likes feeling your skin against hers because it is a comfort. It is a reminder that she has someone she loves and trusts by her side.

7. She posts about you on social media. Maybe it’s one or two photos a year or maybe it’s more frequent. Either way, she wants everyone to know that you are together. She is proud of you. Posting photos of you is her way of bragging, of letting everyone know that she is happily taken and wouldn’t want anybody else.

8. She asks a lot of questions. You should be concerned if you tell her you’re going out that night and she doesn’t ask what you’re doing, because that means she doesn’t care. A girl who is honestly interested in you is going to want to know as much about your life as possible. She’s going to be interested, invested. She is going to ask questions.

9. She makes time for you. Instead of calling her desperate for rearranging her schedule so she can see you, you should be thanking her. It shows that she is willing to make sacrifices for you. As long as she doesn’t do anything extreme like ditch her friends for you, then this is a sign of a healthy relationship.

10. She wants to meet your parents. And she should want to meet your friends, too. If you’re planning on staying together, your lives need to overlap.

11. She gets jealous. No, she shouldn’t forbid you from talking to the opposite sex. But if you are in a committed relationship with her and are acting like you’re still single, she has a right to be angry. Jealousy is a natural emotion to feel.

12. She lets you know how much she likes you. Instead of playing games and acting uninterested, she is being brave and telling the truth about how she feels. It’s hard for her, but she’s doing it, because she likes you much.