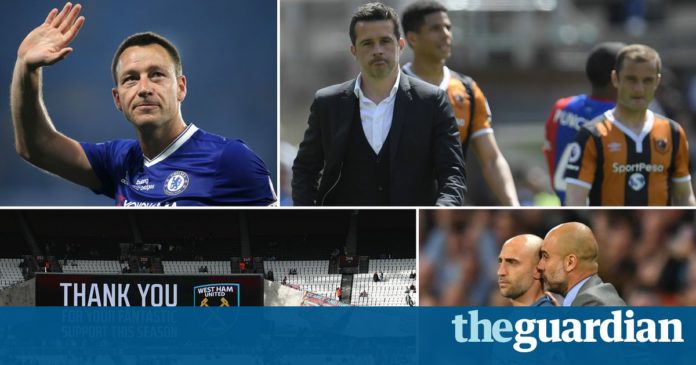 John Terry will say goodbye to Chelsea with the name, Jos Mourinho will pick his weakest team yet and Manchester City should trample carefully at Watford 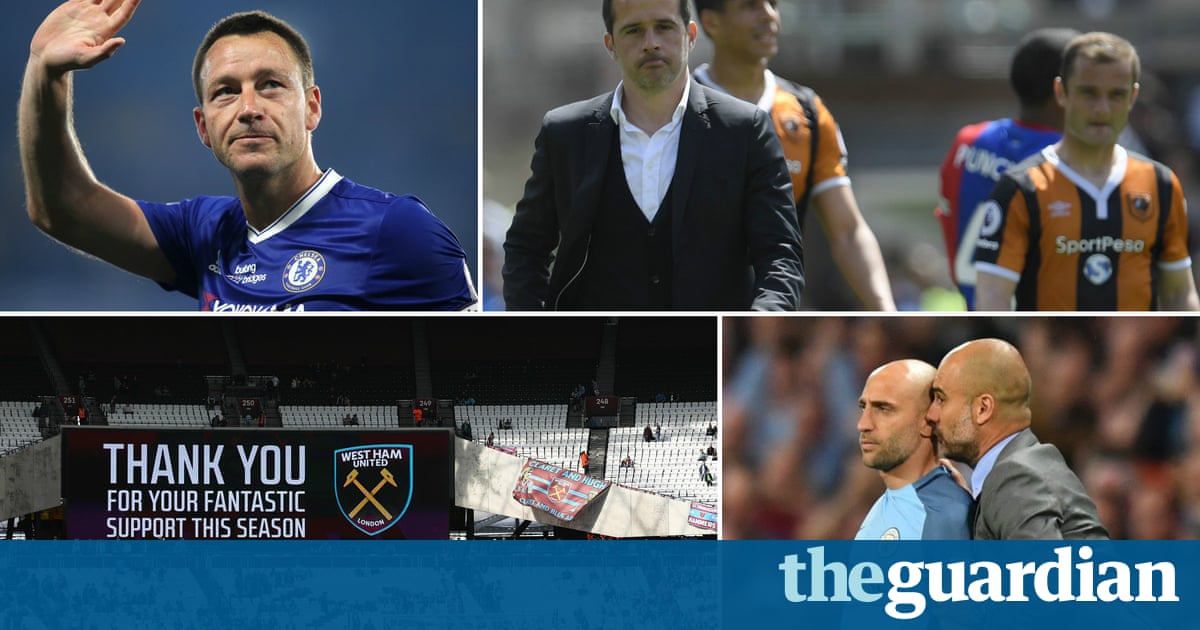 1) A teary parting from a Chelsea pensioner

The best team in the league face the worst team in the league in a match that will be played in a carefree ambiance by everyone except John Terry, whose 717 th and final Chelsea appearance will end with him together with Gary Cahill removing the Premier League trophy, followed by a teary-eyed parting speech to the fans. Sunday is the end of an epoch for Terry, his fraternity and their foes Sunderland, demoted at last after 10 successive top-flight seasons. Terrys beer-glass-emptying, disabled-bay-filling, rival-abusing, full-kit-wearing past means he gets little enjoy from competitive fans, but on the field his record for Chelsea has been one of astounding consistency and accomplishment. This week he said he had still not ruled out Sunday being my last play and retiring from football, and having realized his England captaincy come to a sudden and humiliating aim, and his international job follow it in short ordering, he must be sorely tempted to enjoy one loud, loving, self-determined send-off. SB

How Liverpool, Arsenal and Man City could face a Champions League play-off