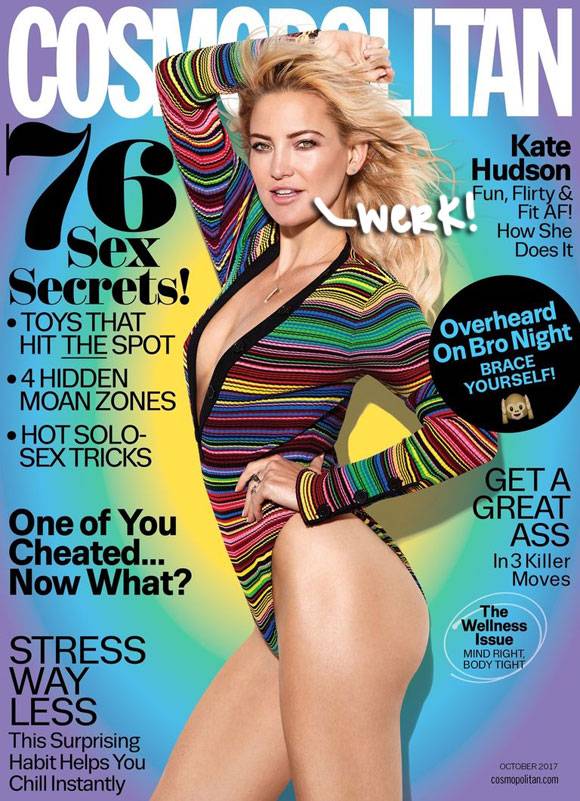 Kate Hudson is glowing on the cover of Cosmo‘s October issue — which was clearly shot before the actress shaved off her signature blonde locks!

Speaking of the huge transformation, when answering the outlet’s questions, the 38-year-old had this to say about her post-sweat-session beauty hacks:

“Shaving your head. Cuts down on time spent post-sweat.”

Ch-ch-check out other highlights from the interview (below)!

On who the momma-of-two calls when she’s on the verge of a meltdown:

“Oliver Hudson (my brother) … to make me laugh.”

The best advice her bro gives her is:

“Nobody cares! ‘There’s about 7 plus billion people in the world who don’t give a shit.'”

When asked what she thinks the worst thing a party guest could do is, Kate responded:

Additionally, Matthew McConaughey took the honor for which former costar she’d want to spend the weekend with in Vegas, and she’d choose Liv Tyler as her roommate.

Ch-ch-check out the full feature on stands September 5!