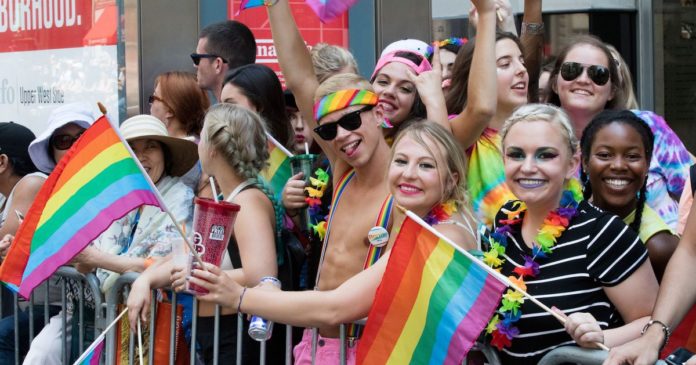 If there’s one thing that annoying people all across the internet can agree on, it’s this: millennials will be the downfall of civilization.

Of course, there’s almost always no data to back up their very authoritative pronouncements, but that doesn’t stop certain overinflated pontificators from crapping out their hot takes and blaming millennials for ruining everything from J. Crew to the great American dream to napkins (seriously).

There are few sociological comparisons more meaningless (maybe Meyers-Briggs tests) than ones comparing millennials like myself and baby boomers. And I tend to believe we’re all terrible, in our special unique generational ways.

I’m no millennial apologist. But if certain boomer pundits are going to blame us for everything, it’s time we stood up for ourselves the best way we know how: by writing a passive-aggressive listicle.

Here are just a few things millennials are supposed to be better at than baby boomers, thanks.

1. We take less vacation so we can work more, not less.

According to a 2016 study by Project:Time Off and GfK, millennials are more likely to forfeit vacation days than other groups: 24 percent of millennials reported forfeiting vacation time, compared to 19 percent of Gen-Xers and just 17 percent of boomers.

A recent study by the Pew Research Center found that 53 percent of supposedly smartphone-addicted millennials used libraries in the past year, compared to just 43 percent of baby boomers.

4. Millennials and Gen-Xers actually outvoted Boomers and the Silent Generation in the 2016 election

For the first time in decades, boomers and older voters represented fewer than half of all votes. Millennials and Gen-Xers eclipsed them by approximately two still pretty sad percentage points.

5. They didn’t vote for a raving kitchen mop to be president

6. They have far more financial hardships than baby boomers but they’re still more optimistic about their future.

More than 8 in 10 feel confident about their finances, even though they face higher rates of unemployment, poverty and debt than baby boomers did at their age.

7. They believe, in far greater numbers, that we shouldn’t be assholes to gay people.

72 percent of millennials say that Americans should embrace and accept gay people, compared to just to just 46 percent of boomers.

8. They’re the most diverse generation in history

Approximately 51.5 percent of millennials are white, the lowest of all the adult generations.

9. Millennials are disproportionately likely to understand all my references to TGIF shows and Don’t Tell Mom The Babysitter’s Dead.

10. We largely don’t identify as millennials because we believe these divides are mostly meaningless crap

Just 40 percent of millennials actually identify as millennials, compared to 79 percent of baby boomers. For so many folks from both of these demographics, however, these alleged generational divides can feel hyperbolic. Many will argue that generational differences have more to do with the natural process of aging and the demands of the hot take economy, than they do with any real transformations in character.

And anyways, we all know the real source of all our problems: Generation Z.