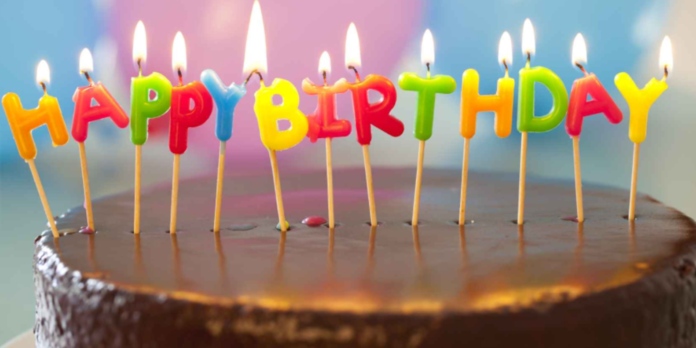 I turn 47 years old in a short couple of weeks and Hallmark doesn’t construct the birthday card that I need.

I will likely celebrate my birthday the same way I have for most of “peoples lives”, particularly in recent years.

I will wake up — God willing.

I will stroll my bird-dog — or perhaps we’ll go for a run.

I will talk to my daughter.

I will read birthday cards.

Among those cards there will undoubtedly be one from my father. Each year for the past 40 plus times like clock-work he remembers my day. He sends me a birthday card and he makes me a promise: he promises that next year, he’ll be home to celebrate with me.

I was scarcely 3 years old when my father is delivered to prison. My small-scale feet were still learning to thrash around the house as I was just beginning to run and explore our tiny Bronx New York City apartment. I was a daddy’s daughter from the very beginning and loved playing games with father who attained sure to maintain me safe.

Where’s the birthday card for someone who has never ever sat at an actual dinner table with her father?

Every year around this time I think about my birthday not just as the working day I was born, but also as the decade that celebrates two key instants that would come to shape the rest of “peoples lives”: my father’s apprehend and the period that attained mass incarceration possible–both happened the decade I was born.

Understanding my father’s arrest and what drove him to be in conflict with police is hard to understand without first understanding the very volatile political and economic climate of the 1960 s and 1970 s. This context pushed urban communities into insurrection, as black and brown people felt like they had no choice but to arm themselves against an extremely aggressive and punitive racist police system.

It is no secret that New York City Police Departments in the 1960 s and 1970 s spied on civil right groups and other political organizations like the Black Panther Party. My father was involved in direct-mobilization against police barbarism and other forms of aggressive policing that targeted low-income Black and Brown communities that we still see happening today.

The police virtually killed my entire family the working day and everybody else in the house.

A couple of years before the raid on our family and home, President Johnson’s administration helped to militarize the police under his aggressive” war on crime” public policies that brought a largely white, heavily-armed police force into Black and Brown urban communities while social service programs were being eliminated.

These policies and practices that came out of the Johnson administration led to an era of hyper-incarceration that’s grown exponentially over the past 40 times. For example, in the 1970 s and 80 s, “theres only” roughly 300,000 people in US prisons and jails–still an extremely appalling figure.

How we all got here is a complicated story that historian Elizabeth Hinton weaves together in her brilliant 2016 volume From the War on Crime to the War on Poverty. In other terms, mass incarceration today is a mixture of bi-partisan efforts, racism, bad policies and broken promises, hard choices and tough decisions, neo-liberal politics, lost opportunities, and deficiency of imagination.

No matter how it happened, we’re now living in a world that incarcerates more people than ever before- there are more than 10.35 million people in prison( and counting) across the globe. Nonetheless, the United States produces the world in incarceration rates for both men and women.

In addition to my father and the growth of incarceration among men, particularly Black and Brown men, we also incarcerate more girls than any other country. At the time of my father’s apprehend there were under 6,000 women in US prisons and prisons. Today, there are more than 200, 000 girls in prison, with the most wonderful growth beginning around the late 1980 s early 1990 s.

Every year, on my birthday, my father tries to construct me feel as normal as possible.

When you include probation, parole and the entire carceral system, there are more than thousands and thousands of girls ensnared by decades of harsh criminal justice policies. This recognise the US from the rest of world. The US comprises the unique distinction of simply having 5 percentageof the world’s women living in the US, but 30 percentage of all women hostages, Add to that virtually 10, 000 pregnant girls are incarcerated annually and in one year, virtually 1, 400 babieswere born to women in US prison and jails.

The 1970 s ought to be the best decade to be born a Black girl. It was right after the Civil Right and Voting Rights Acts were passed. It was also the decade when abortion became a constitutionally-protected right. I could vote, I didn’t have to live under the dehumanization of segregation, and I could control my own fertility. It “shouldve been” the best time to be a Black girl, instead it was the decade my father was taken and the beginning of a new era of policies and politics that helped to heighten policing of Black and Brown communities and mass incarceration today.

If you two areborn Black and low-income after 1965 you were more likely than not to go to prison simply because of your identity and not actual participation in crime. In other terms, we know that the over-representation of Black and Brown people in prison today isn’t a function of Black crime rates, but a function of racial bias in law enforcement practices in Black neighborhoods and convicting policies, particularly associated with the drug war.

For the past 47 times, I’ve watched my father become an elderly man in prison with chronic illnesses and diseases that have virtually killed him. I’ve invested every holiday and special occasion without him. Still, each year, on my birthday, my father tries to construct me feel as normal as possible.

Every year, the phone resounds and a pre-recorded voice tells me, ” You have a collect call from …[ in his own voice ]< em> << Seth>> … prison inmates at a New York State Correctional Facility. To accept the charges dial three .” Each year, I dial three, and our 30 -minute birthday bellow begins.

He laughs and taunts me about getting age-old, while he remains young and handsome. We talk about my birthday plans and I mainly pretend to be happy that I am enjoying my birthday as if there’s never been a prison separating us.

I know it makes him happy to think I am happy, but in recent years it’s been more and more difficult to pretend like this is okay. I don’t always have the force required to pretend like I am happy or to even tell him the truth: that my birthday serves one purpose- I use it to track how long he’s been in prison.

I don’t exactly know when or why I started this habit, but every year, I use my birthday as some kind of benchmark or milestone to recognize how many years it’s been. Still, each year is the same. We talk for the whole 30 minutes.

I let him mainly speak about himself, his lawsuit, parole and his health issues. He tells me how he can’t wait to bake me a cake with my favorite sprinkles and just as I start to get overwhelmed by my rage and tears, that pre-recorded message invades our call to tell us we have 60 seconds left to the call.

We begin to speed up our conversation to try and fit in whatever last minute thing we have to say and it never works. The final warning chimes in: you have 30 seconds remaining. We begin to say our goodbyes, and before we can hang up we’re unplugged. Our day runs out just as the air is beginning to run out of my lungs. We didn’t really get to say goodbye. The call is over, and my birthday is over.

See what I mean?

Where’s the birthday card for someone whose entire life has been completely distorted and shaped by the largest law enforcement system in the world and the one that was specifically designed to target Black and Brown people?

Where’s the birthday card for someone who can’t share a private birthday minute with her father, but instead is limited to a 30 -minute state-monitored call through the prison system?

Where’s the birthday card for someone who has invested countless hours of her life since childhood riding overnight on a bus to a prison in upstate New York simply to spend the first six months of a six-hour visit inconsolable as the trauma from childhood is revisited during every prison visit?

Where’s the birthday card for all the times you had your body-searched and invaded by prison guards and forced to remove your bra so that it can be searched in order to be allowed to enter the prison visiting chamber to see your father?

Where’s the birthday card for someone who can’t visit with her own father without being told where to sit and how close you can sit next to him?

Where’s the birthday card for someone who has never ever sat at an actual dinner table with her father, simply a tiny prison table, in a cold visit chamber, feeing stale junk food from a prison vending machine?

Prison is dehumanizing in so many lanes for those living it, but it warps all of our lives. It distorts and warps entire communities, and it’s debased our nation and entire justice system when we incarcerate more of our people than South Africa did at the high levels of Apartheid. Former US Attorney General Eric Holder said that” We need to ensure that incarceration is used to punish, deter and rehabilitate – not merely to convict, warehouse and forget. Although incarceration has a role to play in our justice system, widespread incarceration at the federal, nation and local levels is both ineffective and unsustainable . … It imposes a significant economic onu — totaling $80 billion in 2010 alone — and it comes with human and moral costs that are impossible to calculate .”

Holder is partly correct. The stolen lives and stolen birthdays of the 2.7 million children with an incarcerated parent can never be truly calculated. Nonetheless, I disagree that incarceration should play a role in our culture. I envision with a little creative imagination and bold political leadership we can come up with a much more humane and just system that doesn’t will vary depending on simply “warehousing” people. Regrettably, we aren’t there yet.

As I approach my 47 th birthday in a couple weeks, I do so deeply concerned about my own families future and the future of our country. I am deeply distressed and concerned because our new US Attorney General, Jeff Sessions, dismissed reportsabout police insult without even reading themand he’s recently signaled his intention to bring back the failed war on medicines despite bipartisan agreement to end it and mountains of evidence that it’s an inherently racist policyused to target and incarcerate low-income Black communities. Add to that we lately corroborated Neil Gorsuch to the US Supreme Court even though he has a deeply troubling record on police insult. Gorsuch once ruled in favor of police in a police barbarism lawsuit involving a nine-year-old boy.

If there’s a birthday card coming in the mail this year, I hope it’s filled with liberty too.

There is real reason for concern when we are backing away from the very reforms needed to address the immoral and costly difficulty of mass incarceration. I can’t help but wonder how much longer I will have to wait before I get to blow out the candles on my birthday cake with my father? How long should freedom take when you’ve already waited virtually 45 times?

If there’s a birthday card coming in the mail this year, I hope it’s filled with liberty too. We can get free together.

Freedom is worth it.