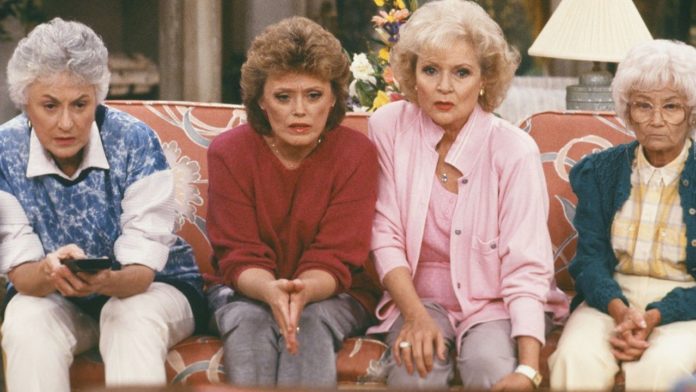 “Golden Girls” writer Stan Zimmerman confirmed to Fox News that a new series inspired by the classic sitcom is in the works featuring four older gay men living together.

The Golden Girls, which stared Rue McClanahan, Betty White, Bea Arthur, and Estelle Getty, aired from 1985 until 1992. Throughout its run, it racked up 68 Emmy nominations and 11 wins.

10 THINGS YOU DIDN’T KNOW ABOUT ‘THE GOLDEN GIRLS’

It is not a rumor, Zimmerman told Fox News in an email. [Golden Girls writer] James Berg and I did write a pilot script called Silver Foxes. It is NOT a reboot of The Golden Girls. But it is inspired by the show, a show that we were lucky enough to have written on during the first season of the show.

Zimmerman added a private reading of the script took place in his living room with George Takei, Leslie Jordan, Bruce Vilanch, and Todd Sherry as the foursome.

It also featured Daniele Gaither and former “Saturday Night Live” castmate Cheri Oteri as the power lesbian couple who live next door, as well as Melissa Peterman as a woman who runs a retirement home where Leslie Jordan resides until the guys find out he has to go back in the closet.

Unlike the original, which took place in Miami, Silver Foxes would be based in Palm Springs.

Zimmerman also revealed hes hoping to get the last living Golden Girl to join as a special guest.

We did create a one line role for Betty White to play, he said. Our fingers are crossed.

However, Zimmerman said that despite the all-star cast, as well as having two original writers on board, hes having trouble finding a network to pick up the series.

Unfortunately, we cannot get one network executive to read it, he explained. Our even a producer to pass it to them. We have found ageism and homophobia alive and well in Hollywood. Hopefully a groundswell of support from the viewing public will get an outlet like Hulu or Amazon to make it.