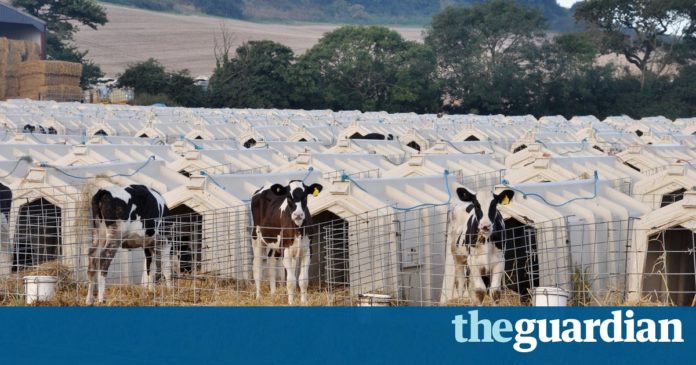 The photo of calves in cramped pens will shock many, and with so many non-dairy alternatives now, consumers have a choice 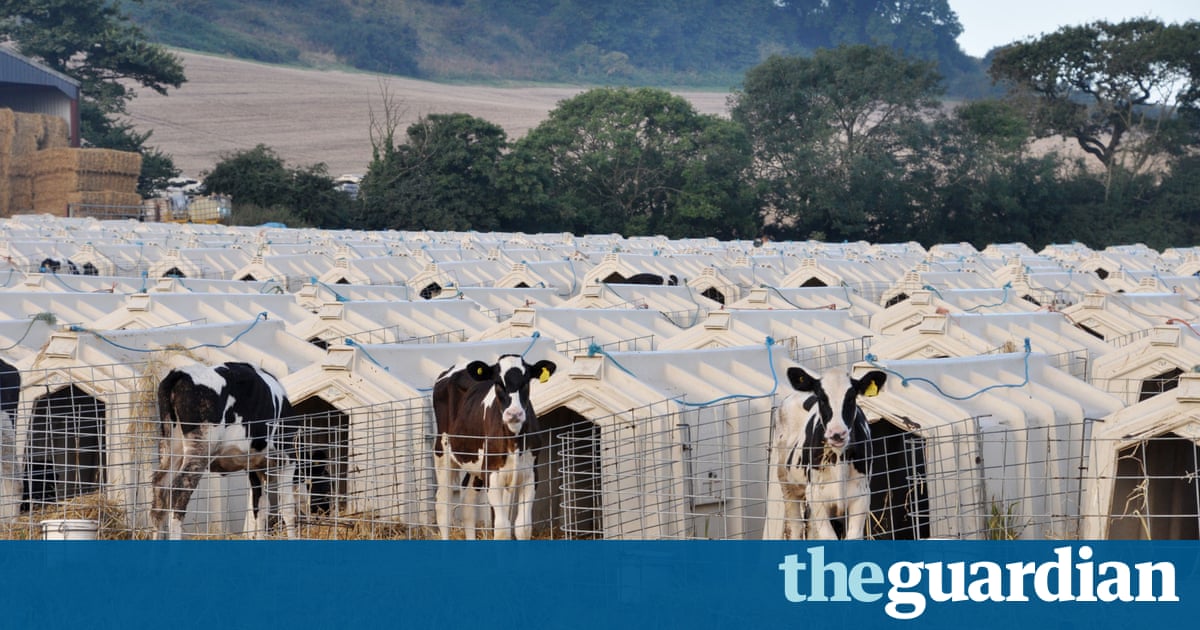 Photographs of industrial rows of cramped pens, each jailing a solitary calf, will shock those who still believe in the fairytale of the pastoral dairy farm, where blushing damsels milk smiling cows. Welfare legislation says that calves should only be held in solitary pens until they are eight weeks age-old, but Animal Equality claims that the battery calves it photographed at Grange Dairy in Dorset are up to six months age-old too large for their hutches and say that some have grazes on their backs. But trading standard officers say there is no evidence of any breach of animal welfare requirements. Marks& Spencer, which sells milk from the farm, said it was disappointed to see the report, but it been reluctant to drop-off the supplier.

Upsetting as the narrative is, what happens elsewhere in the dairy industry amounts to systematic cruelty. In reality, the daily practises of most dairy farms are more distressing than those of meat production. A mom cow simply produces milk when she gets pregnant. So, starting from the age of 15 months, she will usually be artificially inseminated. Farmers mechanically draw semen from a policeman, and then force-out the female cow into a narrow trap, known as a cattle crush, where they will viciously impregnate her.

When she makes birth, her calf will typically be removed within 36 hours, so the farmers can steal and sell you the milk that is entail for her babe. Wildlife experts say that a strong bond between cow and calf is formed rapidly after birth. Following that callous breakup, the mother will bellow and scream for periods, know where her babe is. The answer depends on the gender of the calf. If male, he will probably either be shot and flung into a bin, or sold to be raised for veal, which delays his death by just a matter of months. But if the calf is girl, she will usually be prepared for her own entry into dairy production, where she will face the same cycle of hell that her mom is trapped in: forced impregnation, the crime of her babe, and a return to the cattle crush two or three months later.

For at least six months of the year, she will often be confined inside dark sheds. But a growing number of dairy farms in Britain use a zero-grazing system in which cows spend their entire lives indoors, in increasingly intensive structures.

A dairy cow is often pumped with antibiotics and hormones so she produces an unnatural quantity of milk. Under normal situations, she would generally simply have a maximum of two litres of milk in her udder at any one time, but rapacious farmers may force her to carry 20 litres or more. Her udder becomes so heavy that it builds her lame and she often develops an agonising infection called mastitis. The strain this throws on her body means she is wearied by the age of five. Soon, her milk crop will no longer be considered profitable. Or she might simply collapse under the agony of it all. Either way, she will be dragged off by a tractor, squeezed into a cramped truck, and driven to the slaughterhouse, to be killed and turned into burgers or babe meat. Her throat slit after five sad and torturous years under natural situations she could have lived to 25.