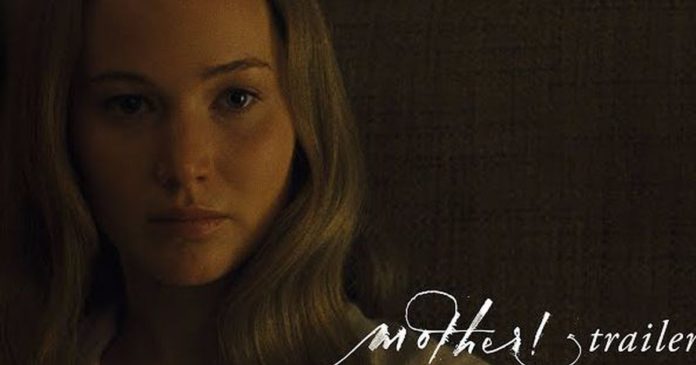 Whether you waited with bated breath or it just kind of snuck up on you, the theatrical release of Darren Aronofsky’s mother! has arrived. Starring Jennifer Lawrence and Javier Bardem as a married couple who brings strangers into their homes, mother! is hard to describe, hard to watch, and hard to process. At least, that’s what preliminary audiences felt…but they don’t seem to mind.

Critics, including Mashable‘s Angie Han, already gave their thoughts on the WTF-factor of the buzzy film.

Here’s what some of the first non-critics to view mother! had to say Friday morning.

SEE ALSO: The reviews for ‘mother!’ are in and WTF?!

….I have absolutely no idea how to describe what I just watched…#mothermovie

Darren Aronofsky is clinically insane. And he’s a genius. #mothermovie is great and Jennifer Lawrence is in the Oscars convo #TIFF

I honestly don’t know what to say about #mothermovie. It left me with no words to say, I’m shaken. Give me some time to process this

Just saw #mothermovie! Wow. Felt like I was watching the writing process of an artist. So damn good!

#mothermovie was SO fucking amazing. I’ve never been that anxious in my whole life, film or otherwise. Fuck fuck fuck

There’s literally 1 gross scene in #mothermovie and it’s just a glimpse. Yeah overall it’s violent but that’s it. Ppl are freaking out. 🤨

Finally after some thought I’ll give mother! 4.5/5. I didn’t enjoy it as much as I wanted but it kept me in its tight grip. #mothermovie pic.twitter.com/b0mC20eAQu

mother! is now in theaters.

WATCH: 7 ’Hunger Games’ facts that will change the way you see the film