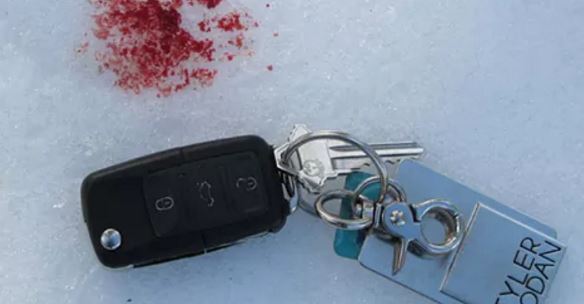 Do you ever find yourself walking alone at night? What about searching for your car in a big parking garage? These are common scenarios that people are put in every single day, and, unfortunately, they come with a great deal of danger.

In a recent news report, former CIA Officer Jason Hanson revealed his top five personal safety tips. Some of these may seem a little shocking. After all, making direct eye contact with a stranger is the last thing I would think to do if I felt like I was being followed.

Of course, walking in a group is always the safest idea, but when you end up alone for one reason or another, you’ll be glad you have these tips to protect you. Check out Hanson’s top five tips below.

As hard as we may try to avoid it, there are still going to be moments in life when we find ourselves walking alone. Whether it’s strolling a couple of blocks from a restaurant to our car, or taking a quick shortcut through an alleyway, it’s important to know how to stay safe when you’re walking alone. If you feel like someone is following you, it’s important to fight the natural urge to put your head down and pick up the pace. Instead, turn around and face the stranger head on. Former CIA Officer Jason Hanson says that muggers look for easy, unaware targets. Additionally, he says to take out your cell phone, call a friend, and let them know that you think you’re being followed. This should scare away any criminal looking to mess with you.

These pens might look totally normal, but they’re actually hiding a number of life-saving features that you should never leave home without. On top of being functioning pens, these things contain powerful LED flashlights, sharp points for self-defense, and an aluminum cap that is capable of shattering a car window.

While driving a car comes with its own set of dangers, walking up to it can be just as treacherous. Jason Hanson recommends you don’t talk, text, or Snapchat on your phone until you’ve reached the vehicle and locked the doors. This is especially important when navigating tricky parking garages. Once you are safely inside the car, Janson has one more tip for making sure no one messes with you. When pulling up behind a car at a stoplight, make sure there is enough room between you and the car in front of you so that you can see their back tires. This ensures that you have enough room to drive around them in case someone tries to get into your car while you are stopped.

Did you know that the majority of hotel thefts occur on the first and second floors? This is because they offer thieves an easier escape route than higher levels. For this reason, Hanson recommends you request a room on floors three through six. Why not higher than six? In the case of a fire, most rescue ladders can’t reach higher than the sixth floor.

While we certainly hope we’re never put in a position where our hands are duct taped together, this knowledge saves lives. If there’s anyone we trust when it comes to getting out of a sticky situation, it’s a former CIA Officer.