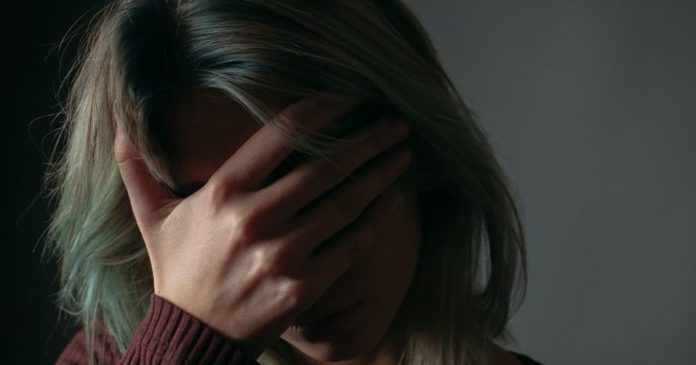 Let this reality sink in: We’re not even half of the route through 2017.

Hasn’t it kind of felt like we’ve been in 2017 for a million years now? There has been so much violate( and agitating) news in so far this year that surely it will all be over soon. Right?

Wrong. We still have a long way to go. And yet already 2017 has attained its indelible celebrate on us and our everyday habits, even if we haven’t recognized it in ourselves.

The political landscape has changed, making “the worlds” to change too. As a direct make, we have also changed to better cope and navigate our new reality.

Here is a deeper look at some of the things that 2017 has already attained us do.

Remember when you thought Twitter was the place where riling people go to document every boring minute in their boring lives? Stuff like: “Hi, I’m get garmented now” or “Hi, I’m going to the bathroom.”

Well, even if you never thought that and have been an active Twitter user for a while, Twitter has made a ferocious resurgence in importance to the point where people who didn’t like or want to like Twitter are now joining the platform.

The reason is simple if not distasteful: Donald Trump. First of all, it’s been well documented that our current president enjoys to share full-on rantings via Twitter. Even if you don’t want to follow him on Twitter, for many it’s been worth it just to catch a Trump tirade as it happens. It’s like watching the “Scott’s Tots” episode of The Office. You seem frightened but you also have to see it at the least one.

Thanks to Trump’s actions so far in agency, Twitter has also become a breeding ground for opposition and conversation. Not merely have there been legendary clapbacks from the likes of Hillary Clinton and J.K. Rowling, but entire Twitter accounts have been started to protest Trump’s agenda.

Most notably, an entire slew of alt-government accounts were created by America’s national park to bring attention to the impairment being done to our natural landmarks by the voluntarily blindfolded eyes of the administration to the effects of climate change.

2. Actually call or write a congressman.

How many times were we told when we were younger that “if youre trying to” unhappy with something you should write your congressman? That’s how we learned civics worked.

In fact, how many times as an adult were we badgered with requests from all sorts of activist groups to bellow or write congresspeople on their behalf?

Answer: too many times. Nonetheless, it wasn’t until just this year that most of us actually did call or write.

What a weird but satisfying sentiment. It seemed strange to contact this stranger who was inducing high-level decisions that would affect the entire country, and for some there may have been an underlying nervousness. What if they just don’t care about what I have to say? Does my voice actually not matter?

Despite these doubts, the urgency of 2017 has attained reaching out to lawmakers a necessity. And the fact that you participated should be celebrated. Here’s at least one small thing to celebrate in this mess of a year.

3. Guess deeply about the artwork of sign-making.

Ever since Trump took office, complains have become more frequent and visible than they have in a good while. With demonstrations come signs, and with signs comes a certain level of planning. After all, you want your sign to be more or less aesthetically pleasing while containing a powerful but wittily gave message.

And you are not alone. Art supply sales moved up after Trump was inaugurated, which entails sign-making became a newly discovered pastime for much of the commonwealth in 2017. And while it has given us a chance to get in touch with the more artistic side of ourselves, it’s also been kind of a depressing experience. You can’t help supposing while uncapping your Sharpie, “Are we still at a point in time where we need to put these basic doctrines of has become a good human being on a sign? People still don’t know this material? “

4. Watch award demonstrates not for the celebrities, but for the political declaration they might make.

We used to watch awarding shows to judge celebrities on their style selections or because we’re genuinely interested to see who will be honored for their work in the arts.

We’re still interested in that material, but the real reason we are now tuning in is to soak up all the juicy speeches that become political.

Actors and artists have always applied the awarding display stage as a few moments to say something poignant, should they so choose. But ever since Meryl Streep engaged in the most difficult mic drop-off in awarding display history, 2017 ‘s award demonstrates have become all about the political statement.

And as it becomes more common, stars have to start approaching their statement in new and unique routes. Because no one wants to just has become a transcript feline of someone else’s political statement.

As statements become more and more outlandish, so we care less and less about “hot red carpet looks.” How idyllic those periods seem now, when that’s all we cared about.

5. Watch The West Wing on repeat.

We’re not mentioning President Bartlet was the best chairwoman. We’re not even saying he’s the best Tv president.

But basically anyone is better than the actual chairwoman, and people are unabashedly escaping to that. Motherboard lately reported that data from Google Trends display searches for The West Wing spiked when Donald Trump was elected and then again when he was sworn in. Essentially, you were not alone in instantly turning to Netflix in the wake of these depressing events.

And this builds complete sense to us. If our political reality is dreadful now, why not immerse ourselves in a fictional political reality in between demonstrations? And if Bartlet doesn’t cut it for us, we have so many other presidential alternatives, running the gauntlet from MVP to entirely ineffectual.

All are preferable to real life.

This is how you really know the world has changed.

We watch C-SPAN now. We tune in like it’s the next make show we can’t miss an episode of because otherwise we will have no talking degrees with our friends tomorrow.

We also now watch White House press conferences with similar ardor. The things coming out of Sean Spicer’s mouth are horrible but we can’t look away because at any moment that boy could single-handedly generate the next meme. We can’t stop.

We don’t know yet definitively, but it could be both.

Yup. We moved there.

In what feels a little like a last resort endeavor at thwarting our chairwoman, some self-proclaimed witches planned to mass-cast a “binding” spell on Trump. They even had a celebrity spokesperson.

While part of us wants to screaming, “WHAT IS HAPPENING? ” the other part of us knows exactly what is happening. And why.

8. Be afraid to check my phone.

There was a hour when we couldn’t wait to look at our telephone when we woke up in the morning. Any new texts? Any new Snapchats? Any new Instagram likes?

Today, we wake up and get notifications from CNN like, “President Trump institutes travel ban” and “President Trump accuses Barack Obama of wiretapping.” It’s enough to construct you want to hurl your telephone away completely.

Anyone have the same anxiety, when you’re about to check your telephone& you’re afraid @WhiteHouse did something real fucked…while sleeping.

More specifically, aspire to be this child.

Look at the route she struts. Appear at the confidence she clearly has. This daughter is unafraid and unaware of what’s currently going on in the wider world. She’s just here to crash the kill and live her life.

The same carefree position is pretty much nonexistent for us adults. We have all the things to worry about that comes with simply trying to live life. And now we have to deal with all of the things listed above. Sometimes, it’s just too much. Sometimes, we’d just like to be given the opportunity of busting into a BBC interview.

As much as we would like to be a child again, we can’t and we’re not. And this means we need to do the things infants cannot do yet, which is stay up to date on the things that consequence us both negatively and positively, and ever stand on the side of what’s right.

Now more than ever, we need to do our due diligence. We need to distinguish the facts from the lies, call out the people that deserve it, and use our collective voice typically though the internet to comprise others accountable. We need to “stay woke.” It’s become a hip new phrase but the meaning behind the words is anything but a trend.

WATCH: NASA has discovered a water world in our solar system capable of prolonging life