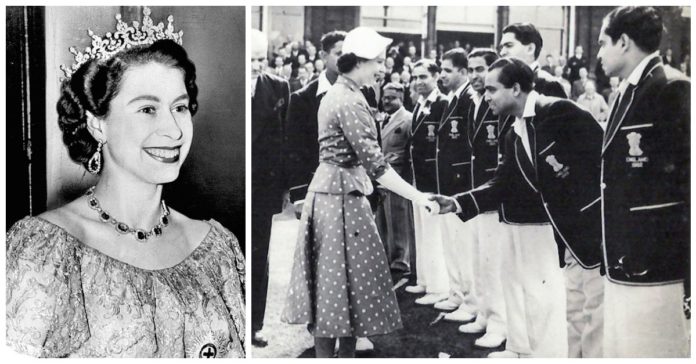 I think it’s safe to say that, as a planet, we’re all somewhat invested in the royal family.

Whether you were all about recent developments royal wedding and couldn’t stop talking about what Kate Middleton, the Duchess of Cambridge, wore on the big day, or you like to follow what Price Harry is up to these days, you’re not alone.

Being a royal calls for an entirely different way of life. You are constantly in the public eye, and there are many rules to follow. But the payoff, some may argue, is totally worth it.

Have “youve been” meditated what you would do if you are able fulfill Her Majesty the queen herself? What would you say? How would you behave? Would you faint?

Luckily, we’ve outlined 10 things that no one should ever do when meeting the queen!

Which of these surprised you the most?

1. Call Her The Wrong Name

When you first meet the queen, you should call her” Your Majesty .” If you’re so lucky to continue a conversation with her, then from that degree on you will refer to her as “Ma’am.” At the end of the conversation, it’s back to” Your Majesty” to close out the deal.

If you are sitting when the queen enters the chamber, you’d better stand up to acknowledge her. If “youre staying” sitting down, the hell is a huge disrespect.

It’s considered a major no-no to become your back on the queen when she is in your existence. You should never take your gaze away from her for too long, and especially don’t turn your back to her to see what’s behind you.

Slurping might help cool piping hot tea down before it makes your tongue, but you should never do it in front of the queen “if youre trying to” by some miracle drinking tea with her! You should also only lift the cups , not the saucer, and supplant the beaker after each sip.

While there is no official rule to not touch the queen, it has been understood for hundreds of years that royalty shouldn’t be casually touched or embraced when you meet them. Only hug if she makes the first move( which she won’t unless you are the former first lady as pictured above ), so no hugs!

6. Be Unsure About Curtsying

The last thing you want when you fulfill the queen is to panic when it’s your turn to greet her. You should know that if you are a member of the UK, it is protocol to give a small curtsy if you are a female, and a small bow if you are a male. It’s not the law but it is what you are to do if you want to follow tradition.

If you are American or from another part of the world, you’re not expected to do either of these, but you sure can if you want to show your respect for her Royal Highness.

Look, even The Duchess of Cambridge curtsies for Her Majesty!

For Pete’s sake, you’re meeting the queen! Be sure that you are dressed to the nines, as well as comparatively conservatively. There is a time and place for your little black dress, and meeting the queen is surely not it!

The queen is a master of small talk, as it’s something she has had to do for her entire life as the reigning monarch meet figureheads around the world. Nonetheless, if you happen to have a conversation with the queen, never bring up a topic in which she will have to engage with an opinion, especially on politics. Instead, stick to topics like travelling and the climate. It’s just safer!

Again , no real regulation here. Nonetheless, the queen has expressed that she actually doesn’t like selfies. She misses the eye-to-eye and face-to-face contact from before everyone became preoccupied with selfies. If you’re meet Her Majesty, just soak in the moment in person, and maybe ask someone nearby got to make sure they snap a photo of the two of you together if it matters that much to you!