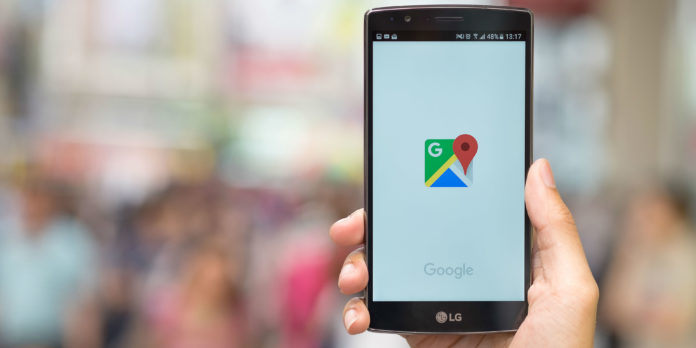 I’ve been an iPhone user since 2011. Back then, it was never really a question whether I’d choose iOS or Android as a smartphone platform. My friends had iPhones, my coworkers had iPhonesanyone who was anyone, really, had an iPhone.

But that was more than half a decade ago. Nowadays, Android is really on equal footing with iOS (and in fact, the two borrow, steal, and share “new” features so often you’d think they were teenage sisters sharing the same wardrobe). And after so many years on iOS, I felt the time was right to give Android a try full time. As a gadget writer and reviewer, I’ve sampled dozens of iOS, Android, and Windows Phone devices over the years, but I’d never truly given a non-iOS device a long-term trial. Until now.

Since December, I’ve been using aHuawei Nexus 6Prunning Android 7.1.2 (Nougat)as my main device. There’s a lot to love about it, but having been an iPhone devotee for so long, there are a handful of things that drive me crazy.

Perhaps I simply need to clear out old notifications in a more timely fashion, but I have one consistent issue with my Android phone: I get mysterious vibration notifications, and I can’t determine what they’re from. My phone will vibrate, I’ll pick it up, check the notifications onscreen, and… they’re exactly the same notifications I saw the last time I checked my phone. I’ll check my texts, Google Hangouts, and email, andif there’s nothing new there, I just end up shrugging my shoulders and sitting my phone back down. Whatever notification I got clearly wasn’t important enough to garner further action than that.

I think the problem here is with the phone’s bundled notifications. While organized and convenient as you’re looking through all your notifications, if you haven’t cleared them out, they can hide recent notifications from other apps further down the list. (Luckily, if you do discover an app is sending you unwanted alerts, you can just press and hold that notification to adjust its settings.)

Apparently, the app draweris something most Android phone owners love, but I just can’t seem to get used to it. Old habits die hard, I suppose. I’d rather have my most-used apps on my main home screen, and my next favorite apps a swipe away to the right. Tapping the six-dot app drawer icon at the bottom center of the screen, then scrolling and hunting to find the app I’m looking for just doesn’t feel efficient.

For a while,I was perplexed as to why sometimes I’d pull my phone out of my pocket and the camera would be open. (And in fact, said camera had snapped a handful of dark pictures from inside my pocket.) Turns out, with most recent Android phones, you can quickly access the camera, even if yourphone is locked, by double tapping the power button. It’s a useful shortcut, for sure, unless you have a tendency to accidentally press the power button as you’re pulling your phone outas I seem to do.

Luckily, by heading into the Settings menu there’sa way to switch this shortcut off. That was definitely the right move for me: Accidentally switching on the camera was definitelythe culpritof some of those phantom vibrations I’d been so confused about.

To be fair, this feature drove me crazy on iOS too: Auto brightness. On Android, it’s called Adaptive Brightness, butit is seriously out of control. My dad, looking at a photo on my phone, asked, “Why is it doing this?” as the screen shifted darker, then brighter again. Sitting on a recent plane flight reading a book on my phone, the brightness distractingly and continuously shifted up and down. Perhaps the mild turbulence was changing the angle of my phone and how much light its sensor detected? Regardless, it was irritating. Whether in bright light, dim light, or any light situation really, with adaptive brightness enabled, the screen’s brightness level sporadically shifts for no apparent reason. I headed to Settings, Display, and I switched Adaptive brightness off. I’ll just manually adjust the phone’s brightness to my personally liking as needed.

I’m mostly OK with the fact that I know that I am a green bubble now. (That is, when I text withiPhone owners, my messages show up as green text bubbles, rather than the blue ones of fellow iOS users.) However, I wasn’t prepared for a few other inter-operating system incompatibilities.

For example, when iOS-using friends or family members send me a video, it is compressed beyond recognition. It doesn’t matter whether I’m connected to a data network or Wi-Fi networkthe video is tiny, filled with artifacts, and barely watchable. I have to then ask that contact to email me the video so I can get afull resolution, watchable version on my phone.

I also miss the recent special effects that were introduced in iOS 10, like the ability to send virtual confetti along with a congratulatory message (or balloons, or laser beams). Both iOS and Android let you send stickers, but those full-screen message effects were fun.

On the whole, nothing about switching to Android has been a deal breaker, though. My mainissues have simply been with a few default phone settings that just didn’t jivewith my personal preferences. That’s, thankfully, very easy to fixand easy to deal with.

With that out of the way, here are the Android features I’ve grown to love.